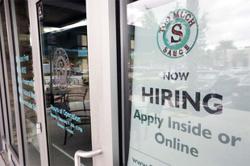 MALAYSIA’S household debt level has risen to a new record of 86.8% of gross domestic product (GDP) at end-2013, driven by loans for properties and motor vehicles. That is the highest household-debt-to-GDP level in Asia.

“The ratio of household debt-to-GDP is expected to remain elevated over the next few years as demand for credit is likely to remain strong, particularly from the relatively young labour force and more affluent population setting in urban centres,” Bank Negara governor Tan Sri Dr Zeti Akhtar Aziz said at a press briefing.

In level terms, though, household assets had continued to exceed debt by 3.7 times.

This, Bank Negara said, was mainly attributable to rising household income, which facilitated asset accumulation through an increase in savings and borrowings.

Nevertheless, the central bank reckoned that over-leveraging that was not commensurate with income would make households more vulnerable to adverse shocks, and that would subsequently pose a risk to household spending and sustainable growth of the country’s economy.

Therefore, it said there was a need to continuously evaluate financial developments and undertake pre-emptive action to mitigate the build-up of imbalances when appropriate.

“Household loans from the banking system continued to improve in quality across all loan segments, with delinquencies remaining low and continuing to trend downwards.

“This has been supported by sustained improvements in the lending and risk management practices of banks,” she said, noting that the aggregate balance sheet and debt servicing capacity of households remained intact, supported by favourable employment and income conditions.

The combined effects of incremental macro-prudential measures introduced by Bank Negara since 2010 to prevent excessive indebtedness have resulted in a more stabilised leverage position of households.

For instance, aggregate household borrowings last year grew at the slowest pace of 11.7% since 2010 due significantly to growth in personal financing by non-bank financial institutions.

Even so, the central bank noted that the current leverage level at about seven times annual income remained high.

One of Bank Negara’s policy imperatives, therefore, is to ensure that households do not borrow beyond their means.

Bank Negara said it would continue to closely monitor lending to lower-income households, noting that families earning below RM3,000 a month had higher leverage positions than those in other income groups and hence, would be more vulnerable to income shocks.

Meanwhile, the central bank said it was also its policy priority to ensure asset prices in the country were reflective of economic fundamentals, as sharp corrections in asset prices could impose significant adverse impact on macroeconomic and financial stability.

“Asset price movements have an important effect on household spending. For example, a reversal of asset price gains in recent years is likely to reduce wealth, which may cause households to scale back on their spending.

“Thus, policy would need to focus on the sustainability of asset prices and the spillovers to the economy,” it said.