Are property clubs the problem?

NO/ By M. SHANMUGAM

THE best of corporate stories, how clearly told, tend to leave many convinced and some confused. That is the case when it comes to curbs on “property clubs” that the Government is talking about.

The ample liquidity and a general rise in the income of households over the last few years are among the reasons why property prices have gone up. People with abundance of cash are prepared to fork out more for property.

Can anybody blame them? No, because interest rates have been low for more than eight years, causing less money to go into savings and other safe investments.

Couple that with the rising inflation rate that is more evident in the past few months, it is more the reason why excess money goes into property.

Inflation is a real problem to the extent that there is a negative return on savings. In December last year, inflation outstripped fixed deposit rates, meaning that money in the bank is eroding in value.

Property clubs are the products of an environment of a prolonged period of low interest rates and rising inflation.

The existence of property clubs, which actually are loose alliances of a few investors pooling their financial resources together to buy properties in bulk, came about because there are lack of investment opportunities in a system flushed with liquidity.

Putting the brakes on property clubs is not the solution to curbing excessive speculation. It’s only a band-aid and that too not an effective one.

Firstly, property clubs are not illegal. They work hand-in-hand with developers who are prepared to sell the initial phase of units in bulk and with a discount. For the developers, the benefit is that it will ensure a huge take-up rate, perpetuating an artificial impression on demand.

Secondly, how different are property clubs compared to the practice of developers inviting their favoured friends, families and relatives to pick and choose the best units at the pre-launch of a project?

Isn’t that an element of favouritism that is extended to a group of buyers?

Thirdly, the Urban Wellbeing, Housing and Local Government Minister Datuk Abdul Rahman Dahlan has suggested that bulk sales above four units may need to get the approval of the controller of housing as a measure to reduce the activities of property clubs.

But speculators would easily be able to circumvent the rule by entering into transactions involving less than four units.

The solution to excessive speculation of property is for the system to ensure excess liquidity are evenly placed out in various forms of investments such as savings, equity markets and property.

A rise in interest rates, will encourage some switching of allocation of funds and send a strong message to speculators that low and favourable rates for housing loans are not here to stay forever.

The Government has already imposed tough measures such as increasing the rates on Real Property Gains Tax (RPGT) since January this year. This has to some extent caused a slowdown in the demand for houses.

Already some economists are looking at the high-end property sector going into some kind of soft landing in some areas this year. For instances new launches in Iskandar Malaysia and Johor Baru are not seeing the kind of take-up rate as it used to last year.

The demand is still huge for medium-cost houses that are less than RM300,000. In this segment, the chances of property clubs taking advantage is less because the over-whelming demand would not allow the speculators to get houses at a discount.

Building more of such houses is the answer to the current predicament because real demand is in that segment. As for property clubs, it could die a natural death when interest rates start to rise.

WHEN it comes to buying and selling shares on Bursa Malaysia, there are laws that prohibit the use of inside information to execute a trade. Investors will get the book thrown at them if proven they are creating a false market, which is essentially manipulating a particular counter.

The same thing happens when sundry shops or a trader in foodstuff starts hoarding vital supplies in order to sell it at a higher price due to an acute shortage. Profiteering from misery and hardship in this case will see the law come down hard on unscrupulous traders.

So the question is whether investor clubs, when it comes to buying property in bulk at the expense of others, are commiting a “crime” in Malaysia?

Legally it depends on how they operate. If an investor club sees a group of people gang up to buy properties by pooling their money, then that might be construed as an illegal profit-taking activity.

If a simple kutu scheme is illegal under banking rules, then such “deposit-taking” should also be. In fact, so many gold trading schemes have been deemed illegal by the central bank because they are taking deposits without a licence.

But as it stands now, the modus operandi seems to be where an individual acts as a facilitator for a group of people to buy a number of properties from a developer on an individual basis.

Developers will sell their properties to such a group because it not only allows them to sell a project faster, but will also bump up the take-up rate of their properties.

Selling properties is the job of developers and by dealing with such clubs, they are willing to sell in bulk because it minimises their holding risk and allows them to use the proceeds from the sale to such clubs to launch their next phase of development at higher prices.

It then becomes a self-fulfilling prophecy for such clubs which are then able to sell their properties at a higher price because a new phase of development is usually priced higher than the older phases.

Some will say there is nothing wrong with that but, to me, such action can be interpreted as creating a distortion in the market. Without the prompting of such clubs, will such demand exist?

To me, what property investor clubs are doing is morally and ethically wrong. Their actions have contributed to property prices escalating over the past few years and indirectly, distorted the actual price discovery of property.

The Government, after sitting placidly while developers and speculators had the their way with the market in recent years, has decided to act.

The Urban Wellbeing, Hou­sing and Local Government ministry has now made a ruling compelling any developer selling more than 4 units to a single buyer or a group to get the approval from the Controller of Housing.

The thing is that as soon as that policy is made, I will bet people will be looking at ways to circumvent the rule. I wonder just how effective will it be if an investors club gets more members and limits the purchases to a maximum of 3 units per individual?

It is said that speculation is among the main reasons why the price of properties in hot areas in Malaysia has zoomed up to levels not seen before. Wages have not kept pace and as a result, more people are becoming disenfranchised to the prospect of owning a home.

Now realising the Malaysian dream is now a political problem, affordable housing schemes are being crafted by the Government. Are they a panacea to such problems? What about households which are trapped where they don’t qualify to buy affordable houses and are too poor to afford an average house in the Klang Valley?

It is shocking to read that household incomes need to be roughly, on average, RM15,000 a month for a family to buy an average priced house in the Klang Valley. Those household income levels mean Malaysia needs to be a developed nation for its citizens to afford a home in the capital.

The sad fact is that we are miles away from that.

Hopefully, the greed that brought speculators together to form such property clubs will cause the end of their existence. I wonder who are they going to flip their property to when the asking price sees only a trickle of semi-interested buyers? 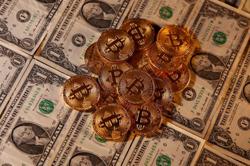