Sustainability a way of life for IJMP

Tree bank: Tropical trees such as the jelutong (Dyera costulata), which can grow up to 60m, are planted at IJMP¿s nurseries near its operations units. The saplings will later be transplanted to areas that IJMP had demarcated as conservation sites.

’s foray into the oil palm sector in Sabah in the 1980s happened by chance.

, which tendered for a road project in Sabah at that time, came upon an abandoned cocoa estate in Sandakan that seemed ideal for oil palm cultivation.

After the successful development of its Sandakan plantation, IJMP expanded its oil palm venture into Sugut. The company went on to seek listing on Bursa Malaysia via a reverse takeover of Rahman Hyraulic Tin in 2003.

In 2009, the IJMP made its maiden overseas acquisition in East Kalimantan, Indonesia, which strategically positioned IJMP as a mid-sized listed plantation company with a total planted area of over 50,000ha.

So how did IJMP manage to achieve such remarkable yield in the face of rising costs in production, labour and wages?

“Being a price taker and not a price maker, the overall business plan for an upstream oil palm player remains the yield-cost-margin equation. Therefore, we cannot afford complacency and must put in place the right policies for implementation,” he explains.

Many analysts and industry observers have dubbed IJMP the “mini-United Plantations” in Sabah, based on the facilities IJMP has provided for its estate workers in Sabah which are similar to that in United Plantations’ estates in Teluk Intan, Perak.

IJMP is a strong proponent of the 3Ps (People, Planet and Profit) of sustainability, and nurturing sustainability has been IJMP’s way of life since its inception in 1985, says Tek. He adds that IJMP’s corporate responsibility (CR) framework can be classified as four pillars of sustainability – Care for Environment; Returning to Community; Investor in People; and, Productivity and Innovations.

One of IJMP’s pride and joy is its iconic sustainability and conservation project – the Hundred-Acre Wood in Sungai Sabang Estate in the Sugut region.

According to Tek, 8% (2,354 hectares) of IJMP’s land bank in Malaysia have been reserved for conservation. The IJMP’s in-situ rehabilitation and green enhancement programme at selected conservation sites includes the planting of suitable forest tree saplings such as bongkul in low-lying areas that are not ideal for sustainable oil palm cultivation.

Other tropical timber species such as kapur paji, jelutong and belian are planted at the nursery sites near its operations units. To date, there are about 1,200 saplings at the nursery sites which will be transplanted to the remaining areas of degraded forests and at riparian reserves demarcated as conservation sites.

A major feature at Hundred-Acre Wood is a gigantic kapur merah tree, which has been likened to the “hometree” in the sci-fi movie Avatar. It is estimated to be several hundred years old and occasionally is frequented by orangutans.

IJMP’s conservation efforts also covers the bird population in oil palm plantationss. The company has collaborated with the Borneo Bird Club Sandakan in carrying out surveys on birds at the Hundred-Acre Wood in Sungai Sabang Estate and at Minat Teguh Estate.

During the survey, the birders recorded 72 species in the Hundred-Acre Wood and 45 species at Minat Teguh esate over a short period.

IJMP takes an active interest in the welfare of its 9,640 employees (as at last Sept 30) at all levels, and constantly promotes among its people sports, cultural heritage, training and retraining towards skill and competency enhancement, besides focusing on their work safety and general health, proper facilities and a conducive work environment.

The IJMP Sabang Education centre in Sungai Sabang Estate is a venture between IJMP and the NGO Borneo Child Aid which provides lessons for the children of “guest workers” who are mostly Indonesians.

Tek points out that IJMP has so far set up three such learning centres to cater for more than 500 children.

He says that students who complete their basic education at the learning centres can further their studies under the Community Learning Centre programme. They can then sit for examinations endorsed by the Indonesian government.

IJMP also ensures proper living conditions for its estate workers, in terms of good housing and clinics. Tek highlights the addition of a sundry shop-cum-bakery and a mamak restaurant at Sungai Sabang Estate to cater to the needs of the estate workers and their families.

The company also supports medical and health outreach programmes in the interior areas of the Sugut-Paitan region, where its staff work with doctors and nurses to bring basic medical care such as vaccination, teeth extraction and consultation to villagers in remote regions.

Productivity and innovations have a key role in transforming IJMP into one of the country’s most efficient oil palm players now.

IJMP now has a nursery, 11 estates, four palm oil mills and a kernel crushing plant in the country which are individually certified under the Malaysian Palm Oil Board Code of Practices for quality, food safety and sustainability, says Tek.

Its Indonesian operations have also begun initial works to meet with requirements for the Indonesian Sustainable Palm Oil certification.

Tek says IJMP intends to increase investments in its palm oil mills to meet with the Department of Environment’s new ruling that mill effluents discharged from Sabah mills must not exceed 20ppm – a reduction from the previous limit of 100ppm. 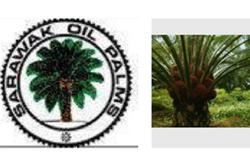