When an industry is excluded from competition law, shouldn’t we know why?

TWO recent developments in Malaysia’s competition law remind us that there are two types of exemption from having to comply with the provisions of certain legislation – one is transparent and the other isn’t.

Yes, that distinction is because of the different ways in which the authorities grant exemptions, but this doesn’t change the fact that we don’t know the reasons for some exemptions. Therefore, we can’t figure out if it’s justifiable that these entities, activities and arrangements are given special treatment.

Shouldn’t we be able to do that? Shouldn’t there be some explanation as to why the powers that be believe that an exemption is necessary?

The Malaysia Competition Commission (MyCC) is a rare exception. It seems to be its policy to provide the bases for major decisions, even when this isn’t compulsory.

The Competition Act 2010 mandates the publication of the commission’s reasons for matters such as the closing of an investigation and action taken against infringements of prohibitions.

However, there is no such obligation for disclosure when the MyCC decides to allow agreements that significantly prevent, restrict or distort competition, or are likely to do so.

Nevertheless, on Dec 19, the commission was generous with information when it announced that with the granting of a conditional block exemption order, the liner shipping industry’s vessel sharing agreement (VSA) and voluntary discussion agreement (VDA) will not be outlawed.

A VSA covers operational arrangements relating to the provision of liner shipping services, including the coordination or joint operation of vessel services, and the exchange or charter of vessel space.

Under a VDA, the liner operators may exchange and review market data, supply and demand forecasts, international trade flows and industry trends, and discuss and agree to such similar commercial issues.

The block exemption is the result of an application made by the Malaysia Shipowners Association, Shipping Association of Malaysia and Federation of Malaysian Port Operators Council. The order is valid for three years and will be reviewed after two years.

These exemptions are meant to enable parties to such agreements to temporarily relieve their liability from infringing the Act. The relief is available only when the agreements satisfy conditions specified in the Act.

The MyCC said the block exemption was granted after studying the industry and consulting the stakeholders, including the relevant government agencies. The commission added that a nationwide public consultation was held over a few months beginning February 2013 and the submissions from stakeholders were taken into account in drawing up the order.

The Dec 19 news release from the MyCC is 15 pages long, including a 10-page explanatory note giving plenty of details to help us understand how and why the commission decided to issue the block exemption order.

It’s particularly enlightening to read the commission’s evaluation of how the VSA and the VDA meet the Act’s four criteria for exemption, namely:

Sure, such information is neither relevant nor useful to some of us, but the point here is that it has been offered voluntarily. We should always welcome proactive moves to explain.

Certain commercial activities that are regulated by other legislation don’t come under the purview of the Competition Act. These other Acts are listed in the First Schedule.

It stayed that way until this latest amendment. Here’s the new paragraph: “Petroleum Development Act 1974 and the Petroleum Regulations 1974 in so far as the commercial activities regulated under these legislation are directly in connection with upstream operations comprising the activities of exploring, exploiting, winning and obtaining petroleum whether onshore or offshore of Malaysia.”

With this amendment, the MyCC has no say over any anti-competitive conduct in the upstream of Malaysia’s oil and gas industry, which is controlled by Petronas.

It may well be that the exclusion of the industry from the Competition Act was to protect the national interest, but we don’t know that for sure because the rationale wasn’t made public. Therefore, we have only questions.

The Domestic Trade, Co-operatives and Consumerism Minister is empowered to amend the First Schedule, but unfortunately, the Competition Act doesn’t stipulate any requirement to explain such an amendment.

It’s interesting, though, that it takes more effort to amend the Second Schedule of the Act, which sets out agreements that aren’t deemed anti-competitive and behaviour that can’t be considered an abuse of a dominant market position.

Before amending the Second Schedule, the minister must publish both a notice of his intention to make the amendment and the proposed amendment. Members of the public have 30 days to make submission in response to the notice and “due consideration” must be given to the submissions.

So far, there hasn’t been any amendment to the Second Schedule. But it’s reassuring that such a step will be preceded by public consultation. It’s strange when a pro-consumer law is amended significantly without engaging with the rakyat.

Executive editor Errol Oh is glad there’s an official portal for the publication of federal legislation. Sometimes, seemingly minor changes to the law have major implications. 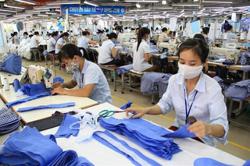