NORTH CHARLESTON: Boeing Co delivered a record 648 jetliners in 2013, beating its own target and likely securing its place as the world's biggest plane maker for the second year in a row.

Boeing's delivery tally beat its forecast of up to 645 jets for the year and was 7.8% higher than last year's total.

The tally is likely to exceed deliveries by rival Airbus Group NV, which is targeting up to 620 deliveries in 2013. Airbus is due to announce annual its orders and deliveries on Jan. 13. Boeing delivered 601 jets in 2012.

The Chicago-based aerospace and defense company also said on Monday it booked gross orders of 1,531 jetliners, a record, and net orders of 1,355 aircraft in 2013. Net orders are the total after subtracting cancellations.

Boeing's tally appeared to put Airbus in reach of regaining the lead on orders for 2013 even while lagging behind on deliveries.

Based on announcements of 98 orders since the end of November, the European planemaker has already reached 1,471 gross orders and 1,412 net orders, putting it ahead of Boeing on new business once cancellations are removed.

Airbus typically unveils new business when it gives its final figures for the year and industry sources say it is determined to win the orders race for 2013.

Investors closely watch the deliveries total since plane makers book the bulk of the revenue from airplane sales when the aircraft are taken by customers.

But orders also have had a pronounced impact on share prices during the past two years as the world's dominant planemakers fought for sales of new fuel-efficient models.

Plane orders account for large swings in company cash balances, as airlines make down payments when orders are placed.

Boeing said it delivered 440 of its 737 single-aisle planes, 98 of its 777 widebody planes and 65 of its carbon-composite 787 Dreamliners, which are now in use with 16 customers.

"We delivered more advanced, fuel-efficient airplanes to our customers than ever before, and it's a great example of what our team can accomplish," he said in a statement. 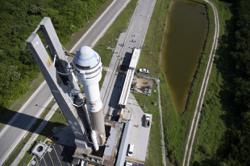 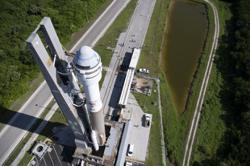