Malaysia’s fiscal health should improve if structural-reform measures, especially those highlighted in Budget 2014, are executed well.

As it stands, though, concerns over the risk of the country slipping into twin deficits – current account and fiscal – have proved to be unfounded.

While it is undeniable that Malaysia will need several more years to eliminate its fiscal deficit, its current account is expected to remain in surplus – at least for the next two to three years – albeit at a narrowing pace.

Containing the risk of twin deficits is important for emerging economies like Malaysia. This will help reduce financial stress and minimise the risk of sudden capital outflow that could lead to sharp movements of the ringgit. This is especially now that the US Federal Reserve will begin to taper down its US$85bil-a-month bond-buying programme, or quantitative easing (QE), in January. 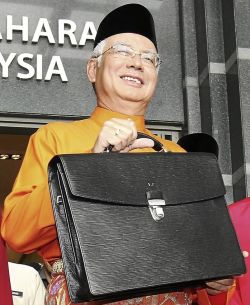 Prime Minister Datuk Seri Najib Tun Razak has assured that the debt level would not exceed the self-imposed limit of 55% of GDP.

As CIMB Investment Bank Bhd chief economist Lee Heng Guie explains in his recent report, “the avoidance of a current account deficit should lessen the pressure on ringgit and sovereign-bond yields”.

The narrowing of the country’s current account surplus will likely be driven by stronger import growth to support domestic demand, especially the upturn in the investment cycle, amid a moderate recovery in exports, Lee argues.

Meanwhile, the consensus view is that the Government should be on track to reducing its fiscal deficit to 3.5% of GDP in 2014 from the estimated 4% of GDP this year. And by 2015, the country’s fiscal deficit is expected to improve to 3% of GDP.

Malaysia has been running on fiscal deficits for the last 15 years as the Government has been consistently spending more than what it earns. The country is expected to achieve a balanced budget only in 2020.

Nevertheless, economists believe the Government has, thus far, demonstrated strong commitment to fiscal consolidation and resolve to reform the country’s economy as evidenced by the number of unpalatable (but necessary) measures that have already been, or will soon be, implemented. These include the recent abolishment of sugar subsidies, hike in fuel prices and revision of electricity tariffs, which all fall under the subsidy rationalisation programme; and the introduction of goods and services tax (GST) by April 2015 to widen the country’s narrow tax base. Lee: ‘The avoidance of a current account deficit should lessen the pressure on ringgit and sovereign- bond yields.’

Suffice to say, reform measures promised under Budget 2014 are gradually coming to pass with the ultimate aim of strengthening the country’s economic resilience.

Still, there is an area of major concern – the mounting debt burden faced by all sectors from the Government to the corporate and household levels.

Debt accumulated by the Government is expected to remain stubbornly high, albeit below its self-imposed ceiling of 55% of GDP.

During the budget announcement last October, Prime Minister Datuk Seri Najib Tun Razak did not specify how the government debt level would change next year, but gave assurance that the level would not exceed the self-imposed limit.

At present, the country’s public debt to GDP ratio is estimated at 54.8% in 2013, compared with 53.3% in 2012, and merely 40% in 2008. The increase in government debt is driven by higher domestic borrowings to meet its financing requirements.

Malaysia has one of the highest household debt-to-GDP ratios in Asia. This, according to economists, represents a potential vulnerability to the banking system and it could have a negative impact on the overall economic conditions of the country.

While the Government has already implemented various measures to address the high household indebtedness, it remains to be seen how effective the measures are in containing the continued rise of household debt in the country. 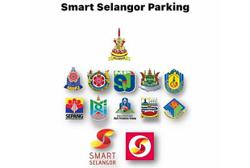 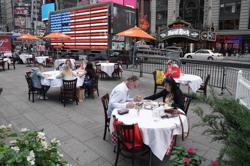