By GURMEET KAUR In Nagano and Japan

BUKIT Kiara Properties Sdn Bhd’s (BKP) maiden foray abroad into the Japanese ski resort of Hakuba has a simple story behind it. It connects with one of Datuk N.K. Tong’s passions in life – skiing.

According to him, it has become a sort of family tradition for the Tongs to head to the scenic mountains of Japan for skiing holidays and for some quiet time together. “I have been skiing for the last ten years and came to Hakuba first in February 2004 and in December the same year to Niseko. Since then we have been coming back every year to either resort,” says the affable Tong who is BKP’s co-founder and group managing director.

Niseko in Hokkaido and Hakuba in Nagano are Japan’s famous snow hubs.

But like all good businessmen, the potential of developing something on Hakuba caught Tong’s interest. And that in turn over time, led to BKP’s first overseas venture into ski resort development – the Koharu Resort Hotel & Suites in Hakuba.

“Over the last ten years, real estate prices have doubled or tripled around Niseko. There is similar comparison in Hakuba but (ski property prices) still lag many years behind Niseko,” Tong tells a group of Malaysian journalists who were hosted a stay in the first phase of the project, which will officially open its doors to guests in December. Tong also observed that more Australians and Asians were beginning to ski in Japan. “In the Asia-Pacific region, the number of affluent individuals is increasing and the love for skiing is increasing too. For them, Japan is much closer to home, and cheaper on everything from airfare to ski property investments. As for Australians, they have been bullish on spending abroad backed by the strong Aussie currency.”

BKP’s Koharu resort will have a gross development value of 1.8 billion yen (RM55mil) and will comprise 67 self-contained hotel suites that range from studios, one- to two-bedroom apartments as well as double-storey maisonettes when fully completed in three years time. The resort is situated at the doorstep of one of the biggest and most popular ski fields in the region, the Happo One Ski Resort.

The town is about five hours west of Tokyo via coach in the Nagano prefecture, making the valley easily accessible. It also has the strong branding being the venue of 1998 Nagano Winter Olympics, something BKP plans to capitalise on.

But not unlike Niseko, Hakuba enjoys a consistent dump of the so-called “champagne powder” snow, the dry and smooth stuff. It is said that on average, Hakuba gets 10m to 12m of snow per year. The town is a hub of eight ski resorts with over 135 ski lifts accessing 200 ski runs and receiving over 2.4 million visitors a year, with a million people visiting the Happo ski area alone in the winter season. 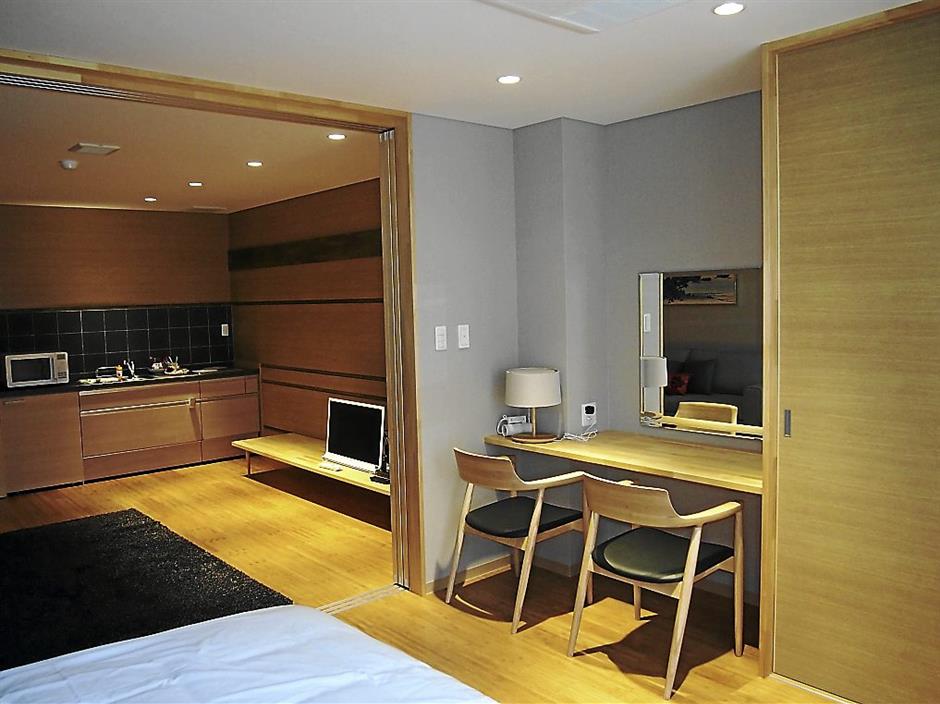 While the venture may have sparked from a passion, Tong says BKP had carefully studied the opportunities to invest abroad to synch with the company’s core values of quality, innovation, caring and integrity. “The Japanese way of construction is synonymous with quality.”

“We first took notice of the Japan real estate market when we invested in a fund that invested in Japan. And the opportunity to develop Koharu comes at a good time with the Japanese economy being revitalised under the leadership of President Abe.”

Tong adds that the venture is a good learning opportunity for the (BKP) team to learn from best practices abroad and compete in more mature and sophisticated markets. For instance he points out that the company was able to complete the construction of phase 1, including design and approvals, within two years.

BKP is waiting for the winter season to actively market Koharu for sale, but already it has had multiple inquiries. The main target market is Australia. “Our appointed agent in Australia has begun to receive a lot of enquiries from Australians, who will come to visit over the winter season,” shares Tong.

With local banks are not financing ski resort properties for now, BKP will offer 50% financing to help buyers with their cash flow. Tong points out that Australians historically buy ski properties for their stay.

In the event that the units are not sold, Tong says there is a back-up. “If we can’t sell any property, then we are just going to run a resort. But based on the feedback that we got, we believe that we will be able to sell (the units).”

Koharu’s project manager Create Asia Management, meanwhile, will be actively managing the units for buyers and has begun marketing and have hit over 175 room nights for 16 studios and apartments in the first phase of the resort where room rack rates range from 25,000 yen to 85,000 yen per night (RM800 to RM2,750 per night).

BKP is confident it is able to market Koharu, derived from the word meaning “an early spring”, to both skiers during winter, and holiday makers over spring, summer and autumn with tourism being actively promoted in Hakuba. The town offers tourists a great experience of traditional small-town Japanese culture, which the Malaysian media had a chance to experience. Incidentally, the unveiling of the resort was attended by Hakuba mayor Hiroki Ota, who welcomed BKP’s investment and Malaysian journalists to Hakuba.

One can find around the village numerous restaurants, bars, shops and therapeutic waters of the open-air hot springs named Onsens. The world famous Jigokudani snow monkey park is also a day-trip away, where tourists can see the only monkeys of their kind in the wild bask in the natural hot springs.

One of Koharu’s unique selling propositions is the size of its units that are larger than the generally compact Japanese accommodation.

“The Australians and Asians tend to stay for a week, two or more during their skiing holidays and seek comforts of a home.”

Noteworthy is that Koharu, which sits on 1.48 acres, will be the biggest ski property in Hakuba when it is fully completed. There are currently about 60 small hotels and houses offering five to six rooms for guests.

Malaysian property developers venturing abroad especially in their maiden journeys, typically find it challenging considering that theirs would be a new brand name. While BKP and Tong are well known in property circles in Malaysia for their innovative and artistic designs and for the transformation of Mont’Kiara into a prestigious neighbourhood from what used to be acres of rubber trees, this may not be so known among the international clientele that would be looking to buy into Koharu. BKP would have to rely less on its brand name and more on the quality of its offerings to impress these buyers. If successful, it will be proved positive that Tong and BKP haven’t lost their touch. 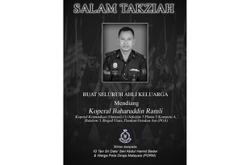