KUALA LUMPUR: Cybercrime involving fraud is at an alarming state with the value of cybercrime this year expected to surpass the RM1.1bil recorded in 2012.

“The fraud cases mostly involved criminals ‘fishing’ individuals to give out their banking details,” he told StarBiz after delivering his keynote address at the 4th International Cyber and Economic Crime Conference organised by CSI World Headquarters and jointly organised by ICFE Group of Companies.

Elaborating on the modus operadi, he said the criminals would usually try to direct individuals to a fake website especially the ones that they had created to realistically mimic banking sites.

“The victims are mostly individuals that believe that the link provided in their e-mails will direct them to the real banking sites.

“To avoid this, people in general must be aware and more suspicious of e-mails requesting banking details and so on,” he said.

On the security side, Solahuddin said an Internet banking taskforce has been set up, consisting, Malaysian police, Malaysian Communications and Multimedia Commission and Cyber Security Malaysia.

“Actually, to fight this type of cyber-crime is simple – just increase the awareness of people to more careful and vigilant in following the links sent to their e-mail accounts.

“If you receive a suspicious e-mail, never try to click on the link provided. On the other hand, the public should go to their banking sites independently by typing website address themselves.

“They could also click on the padlock icon on the browser to ensure the certificates and domain address really belong to the bank,” he said.

Solahuddin cautioned that this problem, if not tackled, would affect the image of the country with foreign investors.

“Besides increasing awareness, the public are also encouraged to visit SAFE portal (Security Awareness for Everyone) so that they would not be duped into releasing their banking details to these criminals.”

On economic crimes from a global perspective, FICA managing director Asia compliance Singapore Rohan Bedi said there was a lot of money involved in shadow economy.

A shadow economy is defined as a black market or underground economy in which goods or services are traded illegally.

“For example, the shadow economy made up one-fifth of European Union GDP in 2012.

“From this two-thirds was contributed by undeclared work and the remaining one-third was from under-reporting profits of business,” he said in his presentation during the conference. 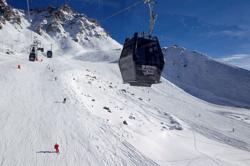 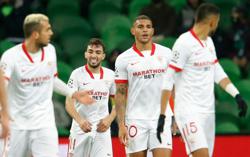