AMRESEARCH initiated coverage on Eastern & Oriental Bhd (E&O) with a fair value of RM3/share – based on a 35% discount to its net asset value (NAV) of RM4.61/share after incorporating the significant accretion to its asset value from Seri Tanjung Pinang 2 (STP2).

STP2 (308ha) with its high sea-fronting development potential and lucrative profit margin is the primary valuation driver. AmResearch’s investment thesis is centred on its conviction that STP2 would be granted regulatory approvals from the Penang government by the first half of 2014 to commence reclamation works. 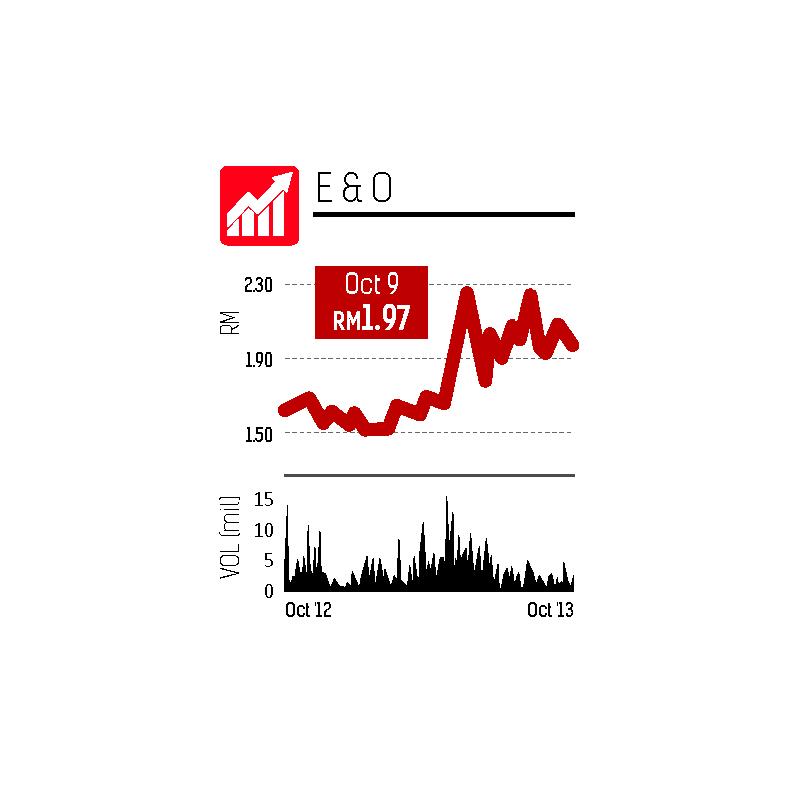 STP2 is critical to alleviate traffic congestion on the island via the construction of an undersea tunnel to the mainland.

E&O needs to surrender 24.3ha in STP2 in lieu of the concession and reclaim a further 53ha along the tourist belt of Jalan Gurney for the state government, which also has a 21% stake in STP2.

LPI Capital Bhd’s nine-month financial year 2013 results were a pleasant surprise to RHB Research, and prompted the brokerage to reverse its historical trend of earnings downgrades since 2010.

LPI’s nine-month net profit growth of 24.7% year-on-year outpaced its topline premium growth of 5.3%. This robust performance was supported by stronger-than-expected underwriting margins in the general insurance segment (a positive surprise to us) and lower-than-usual effective tax rate due to a double tax deduction of RM2mil-RM3mil on the Malaysian Motor Insurance Pool. The general insurance segment’s nine-month underwriting margins continued to improve to 28.5% (nine-month 2012: 23.3%, first half 2013: 26.8%). On a quarter-to-quarter basis, third quarter underwriting margins were largely unchanged at 31.6% vs 33.6% in second quarter 2013. 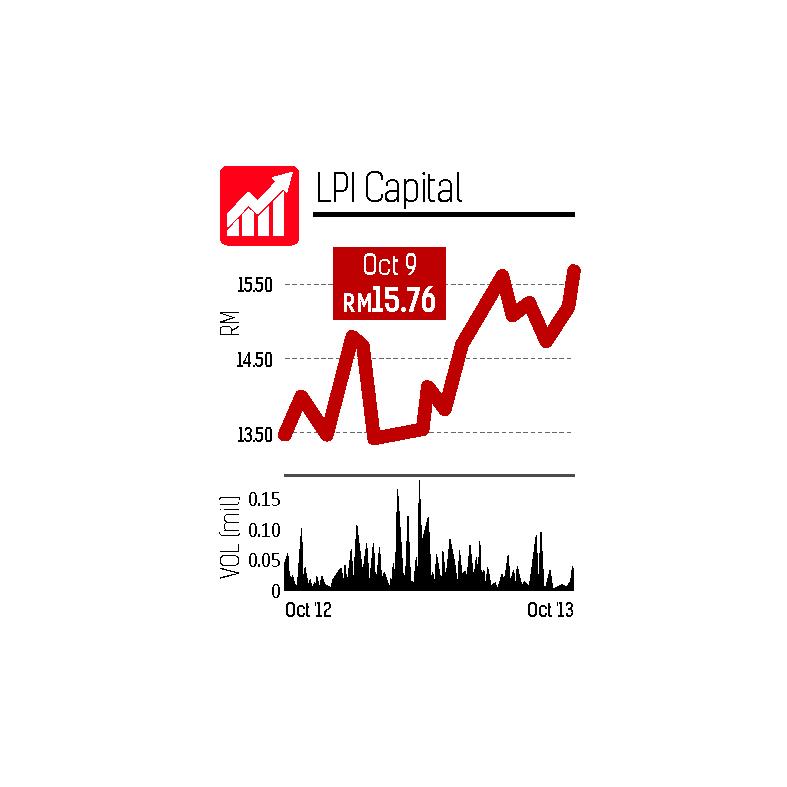 The research house was mainly surprised by the healthier overall net claims ratio of 46.5% for the nine months of 2013 (against 48.2% in the first half).

RHB Research adjusted its FY13/FY14 earnings per share upwards by 11.2%/13% as it believes the management is able to sustain a good track record.

The research unit expects LPI to announce the bulk of its dividends towards the fourth quarter, with a forecast FY13 dividend per share of 84 sen.

THE Government has indicated the possibility of a reduction in sugar subsidy in the upcoming budget, which CIMB Research believes would be negative for MSM.

In its view, the move is likely as raw sugar prices are considerably lower since the last adjustment. Any increase in sugar prices can negatively impact MSM’s domestic sales growth.

CIMB Research estimated that every 1% reduction in demand growth would lower its FY14 earnings forecast for MSM by 0.5%. 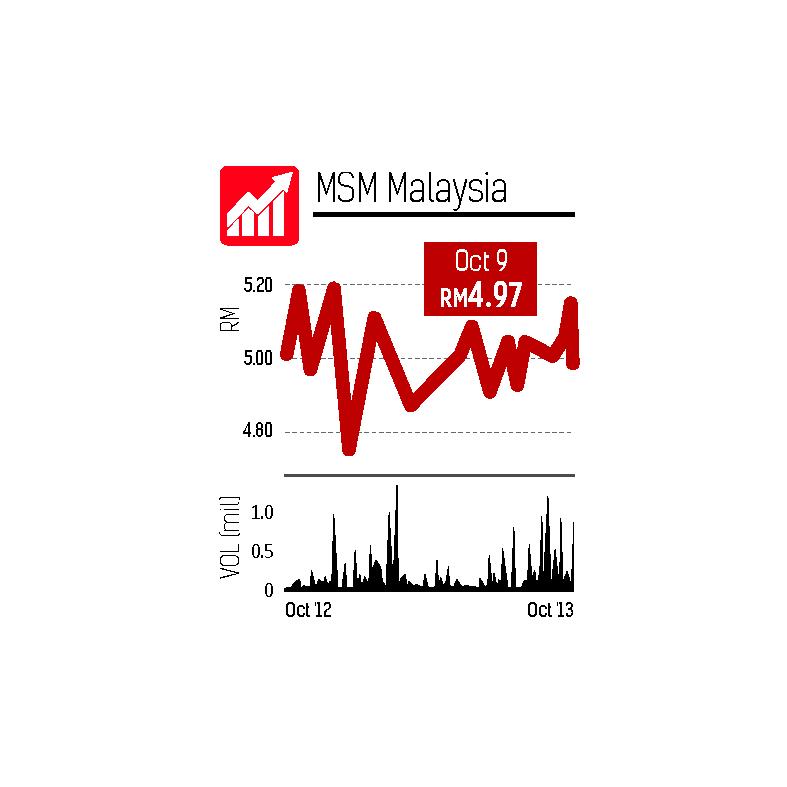 Should the Government raise the ceiling price for sugar by an amount equal to the subsidy cut, demand for sugar may be hurt.

The Government can save around RM160mil for every 10 sen/kg reduction in sugar subsidy, assuming that it subsidises 1.6 million tonnes of refined sugar per annum.

CIMB Research remains cautious on MSM ahead of Budget 2014 as it is concerned that the potential subsidy cut will hurt MSM’s profit.

The brokerage’s current preferred pick in the consumer space is QL Resources.

ACCORDING to Reuters, Khazanah Nasional is selling up to RM293.5mil worth of shares in DiGi for RM4.80-RM4.97/share.

While PublicInvest Research viewed the disposal as short-term negative to DiGi’s share price, the brokerage believed it was a matter of time before Khazanah sold off its non-core stake in DiGi.

In light of DiGi’s recent share price outperformance over the past three months (relative returns of +6.9%) and limited upside to its target price of RM5.40, PublicInvest cut its call on DiGi to “neutral” from “outperform”. 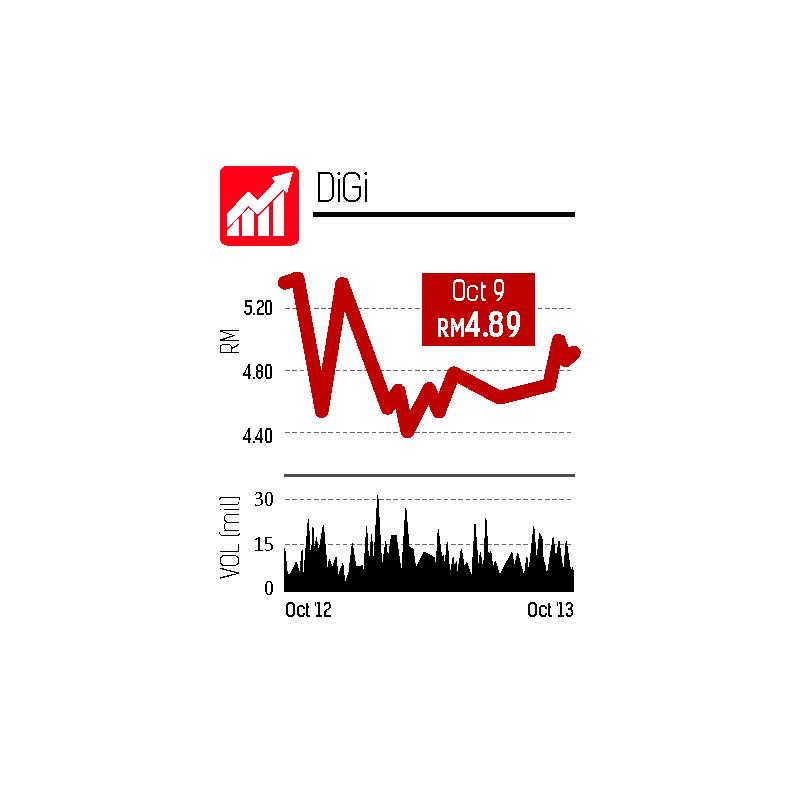 It said the disposal did not come as a surprise given that Khazanah’s stake in DiGi was non-strategic. In addition, Khazanah is the largest shareholder (39%) in Axiata Group which wholly-owns Celcom (Malaysia’s second largest mobile telephone operator and DiGi’s competitor).

While PublicInvest said it liked DiGi for its strong cash flows and low gearing, it believes any upside may be capped in the near term due to Khazanah’s disposal.