UOW ups its ante in Malaysia via INTI

By YVONNE TAN In Sydney EDUCATION in Australia, as in many developed countries, is serious business. Already, it is the country’s largest services export segment.

According to a February report which appeared in The Australian newspaper, Australia’s export education industry could further grow by about 30% to reach 520,000 international students which will collectively spend some AU$19bil (about RM56bil) a year by 2020 – and this is just in the country itself.

Still, competition within the education sector, which has always been there, is increasing by the day.

Countries like Malaysia, for instance, which use English as their teaching medium at private institutions, have been giving Australia a run for its money in recent years due to the growing quality of their educational institutions not to mention the appeal of the affordability factor due to a weaker currency.

One education institution in Australia has long realised the need to formulate strategies to counter competition while creating a niche for itself. The University of Wollongong (UOW) saw itself as a “keen global player” even from the early years and now prides itself as an institution which continuously records one of the highest number of employable global graduates with strong industry links.

With some 39% of its students now made up of international students located both onshore and offshore, UOW’s efforts to go abroad more than two decades ago appears to have paid off.

Its first foreign branch campus in Dubai recently celebrated its 20th anniversary. That campus has more than 3,600 students now and around 200 staff.

“We were one of the first to (venture abroad) as soon as the government opened up on international education, became focused on growing that but with our minds on quality,” says deputy vice-chancellor (international) Professor Joe F. Chicharo.

“While we did set up our own campus in Dubai, I don’t think we’ll do it again. It’s been successful but our approach now is to partner locals and be more engaging in these locations.”

He says the university, which ranks among the world’s top 2% by the Times Higher Education World University Ranking (2011-2012), has gone through a “tipping point” of sorts where its onshore international students are concerned.

“We now have more international students offshore than onshore.”

Still, in Australia, Chicharo says enrolment from Malaysia is increasing, registering a more than 100% growth in the most recent mid-year (July) intake against its previous intake.

In terms of its offshore international students, also known as transnational education students, he says Malaysia is its fastest-growing market, making up 20% of that segment at the moment.

China, Hong Kong, Singapore and the Middle East are its other offshore markets.

UOW’s onshore students study at its main campus, located about an hour’s drive from Sydney.

The campus is breathtakingly beautiful, spanning 83 hectares and surrounded by landscaped bushland, animals and birds native to Australia.

The other two campuses are its business school, known as the Sydney Business School (SBS), which is located at the heart of the Sydney city centre overlooking the Sydney Harbour as well as the Innovation campus, which is a 5 minute-drive from the main campus.

The Innovation campus centres on ground-breaking research in areas such as innovative materials and manufacturing, environmental sustainability and health and medical research.

“We see our local partners, agents and credit transfer providers as important elements of that strategic goal,” says Chicharo.

Recall in 2007, the American education giant Laureate made an offer to buy over INTI and the deal was sealed a year later.

In 2009, INTI, which was then a second-boarder on Bursa Malaysia, was taken private.

While UOW’s relationship with INTI started way back in the late 1990s, only recently has the relationship been taken a notch higher.

“We started by offering highly technical offerings such as information technology courses in Kuching, a part of Malaysia which was more of a tourist destination; numbers started to decline after a while and so we said it was not sustainable,” Chicharo recalls.

“When Laureate took over, we got into discussions ... the INTI group then had other partners and eventually we decided that we will be their exclusive Australian education provider.”

He notes that the Laureate group is like itself, focused on producing highly employable graduates.

“That alignment with us is just such a fantastic thing.”

Currently, INTI is running undergraduate programmes as well as a Masters degree in International Business in collaboration with UOW.

However, come next month, it will have a new offering in the form of a Master of Business Administration (MBA) programme partnering with UOW’s business school, the SBS.

SBS, which was established in 1997 at the heart of the central business district of Sydney, is ranked 3rd in Australia in the 2011/2012 QS Global 200 Business School rankings.

Taking its cue from SBS’ location, the MBA programme here will be conducted at INTI’s spanking new campus located in the heart of Kuala Lumpur.

Running its MBA programmes in the heart of cities, surrounded by corporate offices amid the pulse of business, is part and parcel of allowing students to get a feel of being a business executive, says executive dean (Faculty of Business) Professor John Glynn.

He admits that while demand for MBAs in general have been relatively flat over the past few years, historically a post-graduate degree like an MBA remains the best route to map out a successful career in business.

He says based on the university’s findings, an economic slowdown is an ideal time for post-graduate aspirants to undertake a programme such as an MBA, as it gives them the opportunity to invest in career-professional up-skilling to face more challenging times.

SBS, Glynn adds, has an extended global alumni network, especially throughout Asia and the Middle East, which it sees as a “vital additional” element it can offer to someone aspiring to make it big in the business world.

INTI’s first intake of students for the SBS MBA will start their course on Sept 6. The total fees for the program is RM41,000.

UOW’s associate dean international (Faculty of Business) Associate Professor Gary Noble is proud of the fact that UOW is in the Top 100 in the world for global graduates.

What this means is that it enjoys its 5th year in a row where employers all over the world have ranked its graduates to be from among the top 100 universities in the world, based on the QS World University Rankings Graduate Employers Survey 2012.

According to him, every one of UOW’s accounting students last year had a job before they sat for their final exams and these include INTI students.

“At UOW, they get internship exposure at small accounting firms. These are hiring very strongly at the moment.”

In tandem with this, do international students have an opportunity to stay on in Australia to work after they graduate? Chicharo certainly believes so.

“Here, we are quite fortunate unlike in the UK and US at the moment.

“When students complete two years of study in Australia – this is something that the Australian university sector has been fighting for – they then get to stay on for two years to work in a discipline they have been trained in.

“For those with a doctoral or Masters degree – they get to stay on for about four years to work, so you not only get a qualification abroad, you also get an overseas work experience.”

Dr Khay Wai See is one such individual who has stayed on to work after graduating from UOW.

The 32-year-old from Kuala Lumpur is a research fellow at the university. “One of the projects that I am currently very involved in is energy management systems of electric vehicles.”

If the project is commercialised, Khay expects it, together with other projects that he and his team are working on, to generate “multi-millions” in sales. 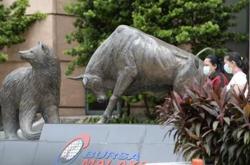