The mystery of the called-off EGM 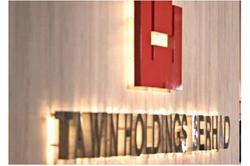 LET’S call this The Case of the Lightning Change of Mind. How better to label it when two shareholders of a listed company had demanded that an extraordinary general meeting (EGM) be held to vote on the proposed removal of the company’s two top directors, and then withdrew the requisition two days later without explaining anything?

Or should we give it the title The Case of the Delayed Announcement? This is because the company didn’t publicise its receipt of the requisition for EGM until the shareholders had back-pedalled. Again, no elaboration was offered.

Either way, we have a genuine mystery here. Questions bloom profusely when investors are kept in the dark. Yet, there are tantalising bits of information that urge us to probe and to put two and two together.

At the moment, it’s not the kind of detective story that ends with a neat solution, but that shouldn’t stop us from being intrigued by the puzzling developments and lack of transparency so far.

On Thursday, Hytex Integrated Bhd, a textile and apparel manufacturer listed on Bursa Malaysia’s Main Market, came out with an announcement that has this heading: “Withdrawal of special notice received from members of the company on the intention to remove directors of the company”.

That’s putting the cart before the horse. Hytex had not said anything previously about this special notice. This announcement was, in fact, a two-in-one.

In it, the board disclosed for the first time that it had received on Tuesday the special notice from two shareholders, Nutox Ltd and PT Nusantara Rising Rich, declaring their intention “to move and propose ordinary resolutions at an EGM of the company to remove certain directors”. The two shareholders have a combined 24% shareholding in Hytex.

You could almost sense relief in the second paragraph of the announcement: “Subsequently on Aug 15, 2013, the company received a letter from the same shareholders to withdraw the special notice dated Aug 13, 2013, with immediate effect.”

Hytex provided a copy each of the special notice and the letter of withdrawal. From these two documents, we learn that the “certain directors” of Hytex that were originally targeted were executive chairman Soo Kim Sin and his brother, Saw Kim Hock, who is the managing director.

It’s interesting that the special notice is marked “Appendix A”, which suggests that it came with a cover letter. If that’s so, it appears that Hytex has decided that it’s unnecessary to show the cover letter.

Hytex volunteered no other information. That’s frustrating for other shareholders and the investing public in general. There’s no way that a bid to remove two key board members – albeit one that’s later aborted – can be satisfactorily addressed via such bare details. There are many more things we want to (and ought to) know about this episode. Here are some questions:

> Why was the EGM requisition only made known two days later?

Bursa Malaysia’s listing requirements compel Hytex to announce immediately any material information. It can’t be that the management regards the requisition as immaterial, because if so, it wouldn’t have disclosed the withdrawal of the special notice either.

In any case, there’s no doubt that an attempt to oust the executive chairman and the MD is likely to have a material effect on the trading of Hytex shares, and on investors’ decision to buy or sell the shares.

> Why a tussle over a financially distressed company?

A move to boot out the two men at the helm of Hytex is a move to wrest control of the company. However, it’s hard to picture the loss-making Hytex as a takeover target.

It was designated a PN1 company in August 2011 after defaulting in payments of interest in respect of loan stocks. In June this year, it triggered the PN17 criteria because its shareholders’ equity had fallen below a certain level and because its auditors had drawn attention to doubts over its ability to continue as a going concern.

There was more bad news last month when Hytex issued its annual audited accounts for the year ended March 2013. Actually, the use of the term “audited” is debatable because the auditors said they couldn’t obtain enough audit evidence to form an opinion on the financial statements.

Plagued by poor sales and tight working capital, Hytex last posted a profit in 2008. It has to submit a regularisation plan to the authorities by June next year or risk being delisted.

Could it be that the requisition has to do with recent shareholding changes?

It appears that a large chunk of these shares were picked up by the requisitionists (Nutox and Rising Rich).

> Who’s behind the requisitionists?

Nutox was incorporated in the tax haven of British Virgin Islands. Its registered address is a post-office box in a building there. A Google search shows that dozens of other companies shares that exact address. Rising Rich is based in an office block in Jakarta.

When the two companies separately emerged as substantial shareholders of Hytex, filings with Bursa Malaysia revealed that each was controlled by an Indonesian man – Adolf Chien Fay Lim at Nutox and Dedi Francis at Rising Rich. However, these names didn’t figure in the requisition for the EGM and the subsequent withdrawal.

The connection between Hytex and Nextnation extends beyond the requisitionists. Information on the Bursa website indicates that Hytex now has three substantial shareholders – Nutox, Rising Rich and Tey Por Yee, who bought a 13% stake in Hytex in February. Tey is CEO and MD of Nextnation.

One more thing Hytex and Nextnation have in common is that they both had Fast Global Investments Ltd, which is registered in the Caribbean tax haven of Anguilla, as a substantial shareholder.

> Remove the directors, and then what?

So what was the game plan? Take out the founder/chairman and MD and leave alone the rest of the board? Does this mean the requisitionists are fine with the other directors running the company?

It should be noted that Hytex has seen five boardroom changes since Nutox and Rising Sun became substantial shareholders.

And here’s another question: Now that the requisitionists have backed down, will Soo and Saw continue in their roles or will they step down soon?

> How is it possible to do a swift U-turn over a matter like this?

There have been other withdrawals of requisitions for EGMs, but none within such a short period of time. Perhaps, Dedi suddenly called up Chien on Wednesday and said: “You know what, Adolph, maybe we shouldn’t remove those two guys after all.” They had a heart-to-heart discussion and agreed to withdraw the special notice.

Or maybe, something very different had happened. Will we ever know?

Executive editor ERROL OH wishes he had been a fly on the wall in the Hytex boardroom when the directors discussed the requisition for the EGM.