S&P sees no adjustments in ratings

KUALA LUMPUR: Ratings agency Standard & Poor's (S&P) does not see as high the risk of a downgrade to Malaysia's sovereign ratings despite political uncertainties and the level of government debt.

While acknowledging that the country's public sector indebtedness is a concern, S&P senior director and analytical manager for sovereign and international public finance ratings in Asia-Pacific Tan Kim Eng said the firm was not anticipating any adjustments to its ratings in the near term.

“We have a stable outlook on Malaysia and the chances of that changing over the next two years are quite small,” he told reporters after the ratings agency's Asean capital market seminar yesterday.

“The sovereign credit rating on Malaysia reflects the country's strong external liquidity position, its open and competitive middle-income economy, and high savings rate (gross savings rate at 34.6% of gross domestic product in 2011),” S&P said in a report in September.

“Malaysia has a deep bond market, when compared with most of its peers, which reduces its reliance on external financing. Generally, pragmatic economic policies and the Government's efforts to enhance transparency and corporate governance have improved Malaysia's business environment,” said Tan.

“We expect the growth in general government debt in 2012 will be unchanged from 2011's at 5.6%. In our view, the slow fiscal consolidation stems from the high subsidies and the relatively weak revenue structure; Malaysia depends largely on petroleum-related revenues.

“The Government has been planning to reform the subsidy system and introduce a goods and services tax (GST).

“But given the political sensitivities, we expect significant implementation, if any, would only be after the general election, which must be held by June 2013,” the agency added.

According to Tan, one way to prevent a downgrade is for Malaysia to run a smaller deficit.

“There are two ways to do this. The first is to raise revenue via, for instance, the GST. The second is to cut spending, and the easiest thing to cut right now are the subsidies,” he said.

Meanwhile, Surinder Kathpalia, S&P's managing director and head of Asean, said Malaysia is looked upon as a “poster child” for its bond market across emerging economies due to its market infrastructure, regulatory framework, deep savings pool, and pipeline of Malaysian issuers, besides being the largest Islamic finance market in the world.

Its challenge now, he said, is to link its bond market with the region and the internationalisation of Islamic finance. 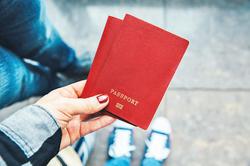 Spoilt for choice at beauty expo