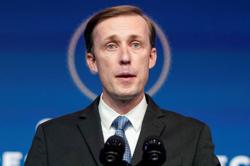 SARAWAK’S residential property market is hot. Robust demand in major towns like Kuching, Miri and Bintulu has sent house prices spiralling to levels not seen before.

In niche developments in Kuching’s prime areas, prices of high-end residential homes have skyrocketed, and the uptrend looks like it can persist if sales of new launches are any indication.

Home buyers are willing to fork out more for luxurious semi-detached and detached houses with standard lots in exclusive developments after their prices crossed the RM1mil and RM2mil mark respectively – an all time high – in 2010.

Ten out of the 16 units or more than 60% have been taken up although the model showhouse will only be ready for public viewing by year-end, according to a senior executive of Lee Onn.

She says these houses, which have built-up area of 3,388 sq ft each and due for completion in August 2013, have risen to RM1.33mil at current market value. Doctors and other professionals are the main buyers.

Lee Onn has earned the envy of its peers with the developer’s runaway success in marketing Symphony Lane 1 comprising 18 units of semi-detached and detached houses.

Eight of the four-storey semi-detached units with basement car parks and equipped with lifts were sold from RM1.33mil while the detached houses fetched RM2.2mil each. To date, 18 units, with the exception of one unsold detached house, have been delivered to the buyers.

Lack of supply, according to Sarawak Housing and Real Estate Developers Association (Sheda) secretary Sim Kiang Chiok, is what has sent the prices of luxurious homes soaring.

“It is an indication of the taste and purchasing power of the rich in Kuching,” he tells StarBizWeek.

Sim says these exclusive developments come with limited number of units, usually 12 to 16 each, with some houses coming equiped with lifts for occupants and special fittings.

Depending on location and design, he says high-end double-storey semi-detached houses in the city command prices from RM800,000 to RM1.4mil.

In the city’s strategic areas, Sim says intermediate double-storey terraced houses are selling for between RM380,000 and RM420,000, compared with RM340,000 and RM360,000 in 2009 when the prices of residential properties began their steady climb.

Of the 117 units (out of a total of 278 units) launched in July, more than 90 units have been booked. These houses spot new features, like an inner courtyard that allows natural sunlight to stream into the centre of the living room.

Tabuan Tranquility is Ibraco’s flagship integrated mixed development spanning 65.6ha with gross development value (GDV) of RM517mil. When fully developed in five phases in 2015, the project will have more than 800 residential homes of various types, and commercial centres.

Ibraco is Kuching’s top developer and has built more than 10,000 units of properties, mostly in the populated Tabuan Jaya area near the Kuching International Airport.

Kota Samarahan, neighbouring Kuching, is the biggest beneficiary from the spill-over of residential property development in the state’s capital.

Big and small housing schemes have mushroomed in fast-expanding Kota Samarahan, with the population growth in recent years providing the main catalyst. The growth, to a large extent, is attributed to the increasing students’ enrolment of Universiti Malaysia Sarawak (Unimas) and two other public universities, and relocation of Sarawak General Hospital’s heart centre from the city centre. The new Kuching-Samarahan Expressway provides an alternative link for residents and shortens their travelling time.

“Samarahan has shown a hefty shift in population, with an annual growth of 6% compared with 2.5% in other divisions.

“Over half of the new residential launches in 2010 were located in the Kuching-Samarahan or Greater Kuching area. Kota Samarahan is considered a secondary market and house prices there are still reasonable,” according to Sim.

Naim’s second major project in Kota Samarahan – the upmarket Riveria satellite township – is currently in phase seven of its development, which features 108 units of houses.

Naim corporate services senior director Ricky Kho says early buyers are getting good returns from their investments as some of the terraced houses, which are due for delivery next year, have changed hands between RM390,000 and RM400,000.

In Miri where the housing market has stayed buoyant, Naim continues to register brisk sales in residential properties in its flagship development – Permyjaya new township. The developer has built and delivered some 12,000 units of affordable to high-end houses.

Next month, Naim will launch a new phase of double-storey detached houses in the RM800,000-RM1.2mil price range. Early this year, it sold all the 12 units of similar houses for between RM900,000 and RM1.1mil.

Naim is expected to open for booking walk-up apartment units priced between RM200,000 in first quarter-2013 in Permyjaya.

“In Miri, we build the whole range of houses to cater for the needs of buyers from different income brackets. Our vision is to realise their dreams in home ownership.

“Demand for our residential properties is strong as people see value in their investments which appreciate over time,” says Kho.

From landed properties, Naim is to venture into high-rise residential development in Kuching to ride on the rising demand for modern living in condominium and service apartments from especially first-time home buyers.

Slated for launch in 2013 are the residential components of Naim’s most ambitious integrated upmarket development in the prime Batu Lintang area. The project features an 18-storey condominium block and a 27-storey apartment block. Other components to be built in several phases later are a 36-storey office tower, a hotel tower, a shopping mall and a water theme park.

As land prices in the city’s prime localities escalate, Sheda’s Sim says there is a shift towards high-rise property development as established developers have and are coming up with more condominium and apartment projects.

“We find younger families prefer living in condominiums and apartments because of convenience as recreational and health facilities are avilable. An added point is better security measure.”

He says MJC City Development Bhd is one developer which has delivered many apartment units priced in the RM200,000-RM300,000 range in the Batu Kawah new township, about 7km from Kuching city centre.

Under the stable of Mudajaya Group Bhd

According to CH Williams Talhar Wong & Yeo Sdn Bhd (WTWY), high-rise condominium projects in the city, which were hit by poor take-up rate in the mid-2000s, are making a comeback.

In Bintulu, WTWY describes the property market as “hot” as housing units in new launches were snapped up fast. According to the property valuer, prices of terraced houses in the industrial town’s prime locations are almost at par with Kuching.

Bintulu’s property market gets a big boost from the development of Sarawak Corridor of Renewable Energy (SCORE), which triggers a fresh industrial boom.

Massive amounts of foreign investments amounting to billions of ringgit are pouring into Samalaju Industrial Park where energy-intensive industries, like aluminium and manganese smeltering plants, are being built.

Quality accommodation, like condominiums and service apartments, is apparently lacking and much sought after by the many expatriates and local professionals working for multi-national corporations.

Seeing the tight supply situation, Kho says Naim will launch its maiden property development at Bintulu old airport land in fourth quarter-2012. The project with GDV of about RM2bil comprise high-rise condominium blocks that house some 600 units, a street mall, an international class hotel and a shopping complex.

During the first eight months, Naim chalked up a 35% increase in property sales to RM190mil (450 units) from RM140mil (RM460 units) in last year’s corresponding period.

House prices in Sibu, which has been overtaken by Miri as Sarawak’s No 2 city,have, however, remained stagnant. Intermediate double-storey terraced houses are priced at RM250,000-RM360,000 while it is RM410,000-RM600,000 for double-storey semi-detached houses.

And what has supported the sustained demand for Sarawak residential properties?

Many, according to Sheda’s Sim, have attributed the current housing boom to Sarawak’s overall economic prosperity and high prices of commodities - oil palm, pepper and rubber - that have increased the people’s disposal incomes and purchasing power.

He says low interest rates have made it cheaper to borrow money while extended loan repayment periods helps borrowers to purchase higher-value houses. 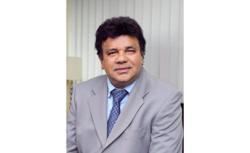 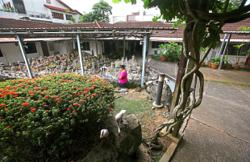