DURING the week, the International Monetary Fund (IMF) in its latest World Economic Outlook report cut its global growth projections to 3.3% for 2012 and 3.6% for 2013 from a July forecast of 3.5% and 3.9% respectively.

On Asia, the international body highlighted that Asian economies may face further headwinds due to low growth and lingering uncertainties in advanced economies. IMF's growth outlook for Developing Asia was projected at 6.7% in 2012 before improving to 7.2% in 2013.

S&P cut Spain's long-term credit rating two notches to BBB- from BBB+. The long-term outlook for Spain is negative, suggesting that the rating agency could potentially lower Spain's rating further should sentiments deteriorate. It cited that against a backdrop of a deepening economic recession, the capacity of the Spanish government to resolve its debt issues have been repeatedly tested by domestic constituencies which are again being adversely affected by its policies.

On monetary policy decisions in Asia, as widely expected Bank of Korea cut its key policy rate by 25bps to a current 2.75% level. Inflation for South Korea has been at or below the inflation target band of 2%-4% since July 2012. Inflation target band for South Korea has now been revised to 2.5%-3.5% effective 2013. Meanwhile, Indonesia held its benchmark interest rate at 5.75%, unchanged for an eight straight month in October as a softer local currency somewhat reduced scope for its central bank to adopt further monetary policy easing.

Singapore's economy contracted in the third quarter following the release of its third-quarter gross domestic product (GDP) figures, which came in at -1.5%.

However, with second-quarter GDP upwardly revised higher to 0.2% quarter-on-quarter, its economy avoided a technical recession. On a related note, the Monetary Authority of Singapore (MAS) left its monetary policy stance unchanged as inflation is still somewhat elevated. It maintains its modest and gradual Singapore dollar (SGD) nominal effective exchange rate (NEER) appreciation policy with no change in the slope, centre and width of the policy band. MAS cited that the policy stance was assessed to be appropriate in containing inflationary pressure and keeping the economy on a path of restructuring towards sustainable growth following its semi-annual exchange-rate review.

With concerns over dimmer global growth prospects taking cue from IMF's lower revised forecast and rating downgrade on Spain, US Treasuries seen supported this week. Yields on two-, five- and 10-year notes seen settling at 0.26%, 0.66% and 1.68% respectively at time of writing.

Malaysia's industrial production contracted in August with a reading of -0.7% versus a revised 2.9% level back in July. Production levels cooled as manufacturing activities moderated further at 1.8% year-on-year in the same period versus a revised 4.8% in July. Overall, local govvies ended on a firmer note taking cue from downwardly movement in US Treasury yields amid lingering concerns over global growth following IMF's revised forecast on global growth.

In the Malaysian Government securities (MGS)/Government Investment Issues (GII) market, RM8.6bil trades were transacted with a daily average trading volume of RM2.1bil versus last week's average of RM2.5bil. During the week, most MGS benchmarks across the maturity spectrum were traded between 1-3bps lower than previous week. On the shorter end of the curve, the three-year, five-year and seven-year benchmarks ended the day 3.12%, 3.25% and 3.45%. Meanwhile, the 10-year, 15-year and 20-year benchmarks closed the day at 3.52%, 3.78% and 3.98% respectively.

In the private debt securities (PDS) market, a total of RM1.48bil worth of trades done with 43% coming from the GG/AAA segment, 55% from the AA segment and remaining balance from the single-A segment. For the week, daily average trade volume was RM370mil, easing from the RM946mil average seen in the previous week.

In the AA-segment, trading interest was seen in Tanjung Bin Power maturing 2019-2026 which garnered RM300mil worth of trades. 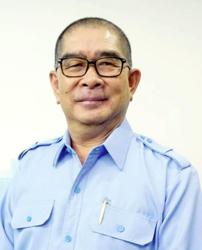