First generation IPPs that have been awarded with an extension of 10 years to their PPAs are Genting Sanyen Power Sdn Bhd and Segari Energy Ventures Sdn Bhd (a subsidiary of Malakoff). TNB Pasir Gudang has been awarded a five-year extension to its PPA. TNB Pasir Gudang, which is currently operating under an agreement, will operate as an IPP after 2017.

“Malaysia's electricity demand keeps increasing every year. The new plant is to meet the requirement of generation capacity in the peninsula,” Tajuddin said in a briefing.

He said the CCGT power plant would use two units of Siemens H-class gas turbines that can achieve plant efficiency of around 60% when commissioned in 2016 compared with the efficiency of F-class combined cycle plant in the system of around 55%.

Tajuddin said the estimated cost of RM3bil for the Prai power plant was a “good and competitive price for a gas plant”.

He said the new rates for IPPs would be effective 48 months from the existing PPAs.

“The tariff for both bidding exercises was based on projected market price of RM42.24 per gigajoule in 2016,” Tajuddin said, adding that the PPAs were expected to be signed in about three weeks.

He noted that the bidding exercise was done in a transparent and open manner with eight parties initially selected with six coming up with final offers for evaluation.

The first-generation IPPs' PPAs, which will expire between 2016 and 2017, are not being renegotiated and the competitive tender exercise will replace these as the country plans for future energy demand.

Tajuddin said the EC was in the midst of preparing papers for a decision on further planting of power plants to cater for the rising energy demand beyond 2016. “We have taken the needs (with the extension of PPAs and new power plant) up to 2016, but also we need to cater for 2017, 2018 and beyond.”

“We hope to finalise this (preparing papers) soon for bidding process for plants to be commission in 2017 onwards,” he added.

At present, the peak demand for electricity in Peninsular Malaysia stands at 15,826 MW, as recorded on June 20.

Meanwhile, TNB said it had been selected as the preferred bidder for the Prai power plant but the letter of award for the said project would only be issued upon successful completion of negotiations.

The utility giant said negotiations would commence from Oct 15 and were expected to be completed within 21 days. The power plant would be gas fired and has a capacity of 2x535 MW.

A local bank-backed analyst said the new contract would bring new business to TNB with the additional capacity. He said TNB had the ability to borrow money at lower cost and had a strong balance sheet to boot. 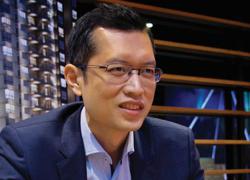