Premier League matches could be shown to a national audience for the first time under a proposed deal to allow ITV to show some of the 38 games a year BT secured in a rights auction in June.

A deal would allow BT to showcase to a wider audience a sample of the matches it plans to offer on its own pay-television service, BT Vision, which will include a new, dedicated football channel.

BT loosened BSkyB's grip on Premier League football rights when it struck a deal worth 738 million pounds for 38 matches a season for three years that will start from 2013-14.

BSkyB, a pay-TV broadcaster, built its business on top-tier football rights, and effectively created the English Premier League in the early 1990s by ploughing huge sums into securing key matches. 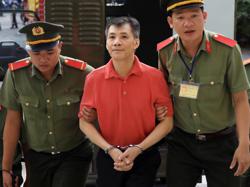 American jailed for attempt to overthrow Vietnam govt has been released