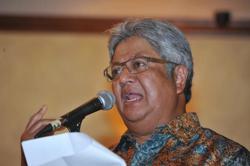 LONDON: Demand for safe-haven assets kept German and U.S. Treasury debt yields near record lows on Thursday, as worries over Spain and its troubled banks kept markets nervous, although shares and the euro regained some stability.

The single currency and world shares are poised for their biggest monthly drops since last September, while the oil price fall in May is set to be the largest for two years, as the escalation in the euro-zone crisis stokes concerns over its impact on the global economic outlook.

But markets were not in a mood to push prices on riskier assets much lower ahead of a batch of U.S. data, which includes weekly and private sector jobs numbers, regional manufacturing output and growth figures.

"We've got some serious numbers coming out of the States this afternoon, and if they're not good, given the backdrop in Europe, it could make the situation worse," Yusuf Heusen, sales trader at IG Index, said.

U.S. stock index futures pointed to a higher open on Wall Street ahead of the data.

Concerns over Europe's debt crisis and the lack of a clear policy response have been rising since Spain unveiled unconvincing plans to recapitalise nationalised lender Bankia , raising the possibility it could need outside help.

Those worries kept Spain's 10-year bond yields at 6.66 percent, near Wednesday's euro-era high of 6.79 percent and close to the crucial 7 percent mark, which has led to troubled nations like Portugal and Ireland needing bailouts.

The flight away from Spanish debt and also Italian bonds, which are under threat of contagion from Spain, has pushed up demand for the safety offered by German and U.S. government paper.

Germany's two-year bonds traded just above zero percent on Thursday, while benchmark 10-year Bund yields hovered around their record low of about 1.25 percent.

U.S. 10-year government bond yields touched a low of 1.595 percent in Asian trading, their lowest since at least the early 1950s, according to monthly figures gathered by Reuters.

"It feels that we've now moved into the 'Intervention Zone' where all paths lead to the next major round of action from the authorities," said Deutsche Bank's fixed income strategist Jim Reid, in a note to clients.

"It's difficult to see how the market regains its poise without it."

The problem investors face is that the next meeting of European leaders is not due until the end of June, before which Greek voters could on June 17 return a government opposed to its bailout plan - forcing an unprecedented exit from the euro zone.

There were some hopes that the European Central Bank may step in to help ease the pressures in financial markets until EU leaders can agree measures to tackle the structural problems at the root of the current crisis.

But ECB President Mario Draghi, speaking to the European Parliament, has moved to rule this out.

Traders said expectations that Ireland would vote for Europe's new fiscal compact, in a referendum on Thursday, helped the euro recover, but any gains were expected to be short-lived.

"We could see a very brief pause in the downtrend in the euro because of the Irish referendum, but beyond that the news is fairly negative," said Ian Stannard, head of European currency strategy at Morgan Stanley.

"There is very little on the horizon to provide sustained support and the trend is clearly downwards."

The single currency is on track to lose about 6.6 percent in value against the dollar this month.

Meanwhile the major beneficiary of safe-haven demand, the greenback, stood at 82.87 as measured against a basket of major currencies, after hitting a 20-month high of 83.11.

European shares as tracked by the FTSEurofirst 300 index of top companies was up 0.3 percent at 978.6, having shed 1.5 percent on Wednesday, putting it on course for a monthly loss of 6.2 percent - the biggest drop since August when markets were similarly beset by worries about the euro zone.

Emerging equities extended their losses on Thursday and were heading for the biggest monthly loss since September 2011. The broader MSCI world equity index is set to fall 9 percent in May, also its heftiest monthly fall since September.

The falls in global equity markets were reflected in a Reuters poll which found fund managers, fearful of the escalating euro zone sovereign debt crisis and slowing world economy, retreated sharply from equities in May.

The funds polled held more cash than at any stage since the crisis erupted in early 2010, and for first time in the history of the poll, global funds on aggregate hold more Japanese equity in their portfolios than equity from the 17-nation euro bloc.

Euro zone equity holdings in global portfolios were more than twice that of Japan just 20 months ago. - Reuters