AFTER a number of false starts, there are some signs that the plan to redevelop the 110-year-old Kampung Baru could finally come to fruition.

For one, a bill in parliament that seeks to create a new body aimed at overseeing the development of Kampung Baru, the oldest Malay settlement in Kuala Lumpur.

There is also indication that sometime this year parliament would also consider amending laws that prohibit non-Malays from leasing or occupying land in Kampung Baru.

But it is far from a done deal and the issue of Kampung Baru remains an emotive and tricky one. Numerous challenges therefore remain.

Kampung Baru is made up of 378.93 acres, the bulk of which is under Malay reserve land. It is estimated that there are 4,300 lot owners in Kampung Baru, spread across seven villages.

It has a long illustrious history as part of the Government’s effort to promote Malay settlement in the capital city. Set aside as a Malay Agriculture Settlement reserve on Jan 12, 1900, it is one of the last remaining neighbourhoods in the city with a distinctive Malay traditional houses and way of life.

Located in the shadows of the Petronas Twin Towers, it is an anomaly of a traditional and largely undeveloped residential enclave surrounded by gleaming high-rise office and residential buildings.

A drive around the settlement shows mostly traditional Malay houses and low-rise shop houses and apartments. The roads are narrow and many of the houses are built close to each other.

A bill on the setting up of Kampung Baru Development Corp (KBDC) is to be tabled at the next parliament seating. It is now at the drafting stage.

The main role of KBDC is to be the development agency to monitor, coordinate, supervise and act as a mediator between the developers, landowners and shareholders.

Despite the Government’s commitment, not all the 4,300 lot owners are lending their support.

Some object to the very idea of letting non-Malays lease property in Kampung Baru. Others are asking for very high prices for their land. In the past, they have asked for RM1,000 to RM2,000 per sq ft (psf) .

According to some valuers, development land in Kampung Baru is fetching between RM200 and RM350 psf now, with a very small number of sales hitting above RM500 psf, according to property valuers.

In fact, previous attempts to revamp the Malay reserve settlement have failed due to difficulties in getting consent from the owners and beneficiaries. The situation is compounded by Muslim inheritance laws that split the parcels into smaller plots.

The key ‘must haves’

What will it take for the Kampung Baru redevelopment plan to work out this time?

According to property consultants and valuers, one of the foremost pre-requisites is a strong political will from the Government and its implementation must be government-driven. There must also be a review or change existing laws that prohibit non-Malays from leasing or occupying land in Kampung Baru. There must also be a comprehensive master plan, experts say.

One person who has been keeping a close tab on what is going on at Kampung Baru is Datuk Abdul Rahim Rahman, executive chairman of real estate consultancy Rahim & Co.

The senator, who has recently made a presentation on Kampung Baru to the senate, stresses the need to establish the KBDC and removal of restrictions for non-Malays to lease or occupy the properties.

The change to the law on land ownership restriction in Kampung Baru to allow non-Malays rent or occupy properties there is expected to be raised in parliament by the end of this year, he adds.

Abdul Rahim explains that the restricted Malay title of the land and properties in Kampung Baru means it can only be sold to Malays and this has made Kampung Baru hard to develop as the market is restricted.

“The law not only restricts the sale of properties to non-Malays but also disallows them from renting or occupying the premises there.”

He says if the bumiputra label is not removed, “the quality of whatever being built will be lower and it will immeditely draw a discount and in the long term, the potential for it to increase will be limited.”

James Wong of VPC Alliance, a property valuation firm, concurs that the full market potential of Kampung Baru will not be realised as long as land in Kampong Baru remain as a Malay reserve.

“There must be a balance between maximising the market value of the land and retaining its Malay identity. If condominiums cannot be built and sold to foreigners and high net worth individuals, condominium prices in Kampong Baru will never match those around the KLCC or even Mont’Kiara. This same argument is applicable to office blocks, shopping malls and all other investment grade properties,” he says.

Abdul Rahim says the master plan for Kampung Baru must be at par or better than that for Kuala Lumpur’s golden triangle area.

“The aim should be to make Kampung Baru into one of the main commercial areas in the city centre. One of the key considerations in the master plan is to determine the land value to clear any confusion among the landowners, how the land owners should participate in the redevelopment, and participation of government-linked companies.”

The right redevelopment model will be to turn Kampung Baru into an international commercial hub with Malay architectural features to retain the Malay history and heritage, Abdul Rahim adds.

Abdul Rahim says that to “kickstart” the development, it is necessary to identify a central core area of 10 to 15 acres to be developed into office buildings to house government entities, and other supporting facilities like retail complexes, hotels and shops.

‘’Instead of developing the whole area concurrently involving more than 4,000 landowners, it will be more viable and manageable to start with a core area.

‘’Once the core area is successfully developed, it will encourage other landowners to participate in the development of the surrounding areas,’’ he adds.

Wong, who is the past president of Association of Valuers, Property Managers, Estate Agents and Property Consultants in the Private Sector, also stresses the need for a comprehensive master layout plan with clearly defined plot ratios, approved land uses and building heights.

He says it is also necessary to amalgamate the existing small land plots into economic parcels for redevelopment but foresees that it will not be an easy task as the majority of the land in Kampung Baru are fragmented and in multiple ownerships.

“If all else fail, the Government may have to wield the Land Acquisition Act (1960) to compel the land owners to sell their land,” Wong points out.

CB Richard Ellis executive director Paul Khong says the Government may need to implement new redevelopment laws like in Singapore whereby the same concept of consensus from 80% of the residents to a redevelopment proposal will compel the 20% who are not in agreement to accede to the majority.

“But until this is legally in place, the only mechanism available now is the Land Acquisition Act. Under Section 3 of the Act, the land administrator can acquire any land for either public purposes or by any person or corporation for any purpose which in the opinion of the state authority is beneficial to the country’s economic development or to the public generally. Under this provision, the government can legally approach the redevelopment exercise,” Khong explains.

Meanwhile, a property developer says that all plans with regard to the redevelopment of Kampung Baru should be communicated well to the residents there. “The government must tell the people their plans, and how the landowners will benefit from these plans. The people must know that they are not being taken advantage of,” he says.

He adds that the land ownes should be offered a premium for their land as well as the first right to buy into an apartment or office building that is being planned there.

Related Stories: Origin of the place Residents’ views What the landowners, residents say What Kampung Baru land is worth Coming up with a fair and equitable solution is not easy 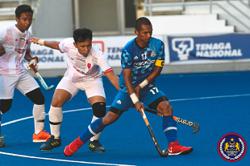 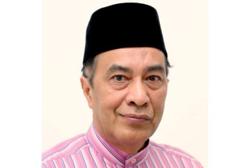