In search of closure

The CEO’s exit is an early step. What else needs to be done at Sime Darby?

debacle is still some way from achieving closure. For that, we need to wait for the completion of the board of directors’ review of the operations of the company’s energy and utilities division. Meanwhile, the blame game is on and the knives are out.

At this point, the departure of president and group chief executive Datuk Seri Ahmad Zubir Murshid, and the disclosure of a staggering RM964mil blow to Sime Darby’s results for the second half of the current financial year, are certainly not enough to quell the urge for finger-pointing.

Questions have been raised as to why such huge cost overruns and losses in the division had not been brought to light earlier, and there have been calls for the board and other senior managers to step down. The internal and independent auditors have not escaped scrutiny either.

“Too many red flags must have been waving against the Kuala Lumpur sky. Too many things in the company’s risk management have failed,” says a former executive director of a Big Four accounting firm.

It is a typical view among corporate observers – that it is puzzling that those who should have detected the problems did not go into red alert mode and spring into action until the latter part of last year. After all, for the past few years there had been persistent talk of trouble with Sime Darby’s Qatar and Bakun dam projects.

In April 2008, for example, there were news reports that Sime Darby Engineering Sdn Bhd (Sime Engineering) had incurred cost overruns of between RM120mil and RM150mil in its offshore engineering, procurement, construction, installation and commissioning project for Maersk Oil Qatar (MOQ).

“These reports are inaccurate,” the company declared in a statement issued soon after the articles had appeared.

In February 2009, a blog also alleged that there had been costs overruns in the same project, but this time, the figure mentioned was far bigger.

At a media briefing on Feb 4, Zubir dismissed this: “There’s no such thing as the RM800mil losses. In our last quarterly results, we had not stated any (such overruns). Whatever provisions needed, we had already made in the previous quarter, and that stands until today.”

The Minority Watchdog Group (MSWG) wrote to Sime Darby chairman Tun Musa Hitam in March 2009 on issues in the energy and utilities division. At the company’s AGM last November, the MSWG also raised questions about the division’s shrinking bottom-line.

Also, it has been reported that Sime Darby’s internal auditor has come up with reports highlighting the division’s losses and that longtime independent auditors PricewaterhouseCoopers (PwC) had delayed signing off Sime Engineering’s 2008 accounts.

Says the former executive director of a Big Four firm: “When PwC doesn’t sign off the accounts of a significant subsidiary of listed company and yet signs off the parent company’s accounts, that’s a big, big thing.”

It is understood that the auditors could issue an unqualified audit opinion on the Sime Darby accounts despite not doing so for Sime Engineering because the issue in dispute at the Sime Engineering level was not material on a group basis.

The current public discussions about accountability and the suggestions that more heads must roll at Sime Darby are making the headlines, but the core underlying issue is quite different: How could this mess have happened in spite of the conglomerate’s governance structure and controls?

Going by the information in its annual report 2009, Sime Darby’s system of checks and balances at the boardroom and top management level is sturdy and robust, befitting its status as a sprawling multinational corporation.

Not counting Ahmad Zubir, Sime Darby has 12 directors. Half of these are independent directors and all 12 are non-executive directors. Together, they form a team with deep and varied experience and knowledge.

“You can’t accuse the board of being sleepy. There are some heavyweights there,” says the research head of a foreign investment house. Yet, the directors have missed the extent of Sime Darby’s project woes until, reportedly, PwC went to Musa last year to express its concerns over the energy and utilities division.

In the financial year 2009, there were 12 board meetings. Not many listed companies in Malaysia hold these meetings this frequently. In addition, there are seven board committees and they each meet several times a year.

On top of these, Sime Darby has supervisory committees that were set up to “assist the board in the oversight of the respective divisions (of the company)”. The board has identified certain non-executive directors to sit on these committees.

Clearly, this is not a case of the directors having limited exposure to the company’s management and affairs. So how is it that the many warning signs had not prompted the board to initiate a probe until October last year, when it established a board work group to review the energy and utilities division’s operations?

“You have to wonder if the directors had asked the right questions at the right time,” says an analyst.

The board’s defenders say the management convinced the directors that in spite of the auditors’ concerns and the rumours, the situation was under control.

The argument here is that the board has to constantly maintain a balance between objectivity and the ability to work well with the management. In other words, in the absence of strong evidence to the contrary, the board saw no reason to doubt the information provided by the management.

That is why, says the corporate insider, it took a bit of time for the Sime Darby board to get into full swing once it became clear that it must investigate the corporate governance and performance of the division.

“The directors have to shift from a position of trust to scepticism to disbelief and finally, to outrage,” says a corporate insider.

Even so, it may be too soon to heap accolades on the board for undertaking the probe and for asking Zubir to take leave of absence prior to the expiry of his contract in November. Musa has said he had no qualms stepping down if the board is proven to be accountable for the project losses.

In addition, he mentioned a “plan to do restructuring at all levels”. Observers say these should address, among others, Raja Arshad’s role as audit committee chairman.

After being executive chairman and senior partner for 18 years, he retired from PwC in June 30, 2005. He was appointed to the board of the pre-merger Sime Darby on July 1, 2007 – exactly two years later, thus fulfilling the criterion for boardroom independence at Sime Darby.

He joined the board of the new Sime Darby in September 2007. He was also made chairman of the audit committee, which means he oversees the audits of the company at the board level.

Although Raja Arshad is a distinguished and well-respected corporate figure with impeccable credentials, observers say he is not necessarily the best choice to head Sime Darby’s audit committee, given that the independent auditors are PwC, never mind that it has been almost five years since he had left the firm.

However, PwC is likely to insist that his position in the audit committee does not change how the firm conducts its audit of Sime Darby. Furthermore, if it is true that PwC went straight to Musa to express its concerns over the energy and utilities division, this perhaps shows that the firm was not dependent on Raja Arshad as a intermediary to the board.

And what of PwC’s part in the Sime Darby fiasco? Of the four key findings disclosed by Sime Darby on May 13, only one – the decision to reverse revenue of RM200mil for the Qatar Petroleum project – relates to a matter taken up in accounts already audited.

The other three relate to items that have only surfaced in the current financial year. This means PwC could not have known about these figures until it begins auditing Sime Darby’s 2010 accounts. Nevertheless, some in the accounting fraternity say this may be a test case for the newly constituted Audit Oversight Board.

It also provides for complaints and reports to submitted directly to a senior independent director or the audit committee chairman “should the complainant believe that the group is better served if the report was addressed to levels higher than the management”.

According to its website, Sime Darby has over 100,000 employees. Could it be that not even one of them raised the alarm over the problems at the energy and utilities division? Or if there had been such complaints, were they handled appropriately?

These are just two questions among many that will have to be answered as Sime Darby continues its soul-searching in coming weeks. 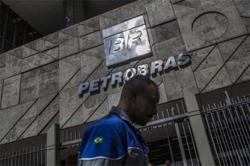