Lessons from the collapse of Lehman Brothers 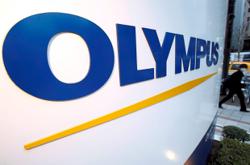 THE release of the 2,200-page Anton Valukas report dated March 12 wasn’t just an autopsy of Lehman Brothers – it unveiled a financial engineering exercise that was legally permissible, but ethically bankrupt.

The collapse of the 158-year-old investment bank in September 2008 was not only the world’s largest bankruptcy but also set off a devastating domino effect among leading financial institutions that morphed into a global crisis.

Lawyer and lead investigator Valukas zeroed in on Lehman’s use of accounting “gimmickry” to mask mounting debt levels and beautify balance sheets.

Much of the report explains Lehman’s use of an accounting “gimmick” known as “Repo 105” under US GAAP (Generally Accepted Accounting Principles), which would allow the booking of repurchase agreements as sales rather than temporary transactions.

According to Valukas, Repo 105 was used to “give the appearance that Lehman was reducing its overall debt” levels in 2008. He estimated that Lehman used Repo 105 to shift US$50bil of assets off its balance sheet in 2008 alone.

Although Valukas does not accuse Lehman’s management of outright wrong-doing and fraud, Lehman’s manoeuvres were fishy.

Circa 2001, Lehman had begun using SFAS 140, a rewritten US GAAP accounting standard with new rules about exactly what qualifies as a sale.

Under SFAS 140, repurchase agreements could be accounted as true sales but only if certain conditions proving that the transferer had given up control of the asset were met.

SFAS 140 permitted Lehman to treat Repo 105 transactions as sales instead of financing “so that the assets could be removed from the balance sheet,” noted Valukas.

The report also included an e-mail from Lehman’s global financial controller confirming that “the only purpose or motive for (Repo 105) transactions was reduction in the balance sheet,” adding that “there was no substance to the transactions.”

There are some key lessons to be learnt from the Lehman’s forensic report.

One, companies need to build a robust finance function with the right competencies to avoid becoming mini-Lehmans.

According to ACCA’s director of technical policy and research Dr Steve Priddy, Lehman’s accounting manual set clear limits on the amount of Repo 105 activity, which were continuously breached and became a material issue in the 2008 trading period.

Since Lehman’s financial function gathered the data and processed the transactions, this transgression casts aspersion on the quality of Lehman’s CFOs. Were they knowledgeable, skilled and experienced enough for the job?

Two, there needs to be a quicker and more uniform worldwide adoption of International Financial Reporting Standards (IFRS).

Convergence and IFRS-compliance mean different things in different jurisdictions. Malaysia views compliance as word-for-word adoption, but in regimes where national GAAP diverges hugely from IFRS, there seems to be a desire for arbitrage.

To quote Priddy: “It is clearly dysfunctional to allow arbitrage between US GAAP and international standards.”

While the universal use of IFRS would not have prevented Lehman from collapsing, just like how fair-value accounting did not cause the financial crisis, the principles-based standards of IFRS would “force managers to address the spirit rather than the form of accounting policies. They would be compelled to address the question of why are we seeking to develop an accounting policy to cover transactions that have no obvious economic benefit,” such as Repo 105.

Three, Valukas’ findings not only put the spotlight back on auditing, but also call auditors’ professional judgement into question.

In hindsight, Lehman’s auditors should have used better professional judgment to safeguard shareholders. As Valukas’ report shows, auditors need to be more vigilant to police increasingly complex accounts not just in form, but in substance.

Malaysia is no exception since we too have had our fair share of financial fraud from companies like Transmile Group Bhd.

On the positive side, cases like Lehman and Transmile have catalysed timely reforms to the Malaysian auditing framework to enhance audit quality and orderly capital markets.

The recently established Audit Oversight Board will place the onus on audit firms to improve quality or run the risk of sanctions.

To avert Lehman-like scenarios, Malaysian auditors will need to go beyond the parameters of standard audit exercises when discharging their statutory duty by:

·Examining the assumptions behind underlying business models, which will also help predict and manage risks to the going concern assumption; and

·Assessing the effectiveness of corporate governance.

By enlarging their scope and sharpening their professional judgment, auditors can truly become watchdogs to be wary of, instead of culpable corporate lapdogs. 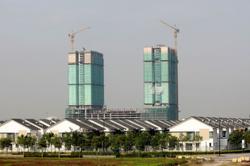