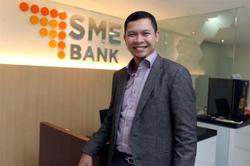 PETALING JAYA: It has become crucial for banks to maintain a strong impairment methodology and credit-risk grading system in line with Bank Negara’s newly released set of guidelines on the classification of non-performing loans (NPLs) and the provisioning for loan impairment.

Impairment provisions on loans are now required to comply with FRS 139, an accounting guideline which outlines the recognition and measurement of financial instruments. These guidelines supersede the previous BNM/GP3 guidelines.

Under the new guidelines, impairment provisioning will be based on the discounting of cash flows, which are expected to be recovered from defaulted individual loans to derive the present value.

Any shortfall between the present value of the discounted cash flows and carrying value of the defaulted loan will be recognised as impairment immediately by banks.

According to MIDF Research’s latest update, the change is viewed as prudent with full impairment provisioning recognised immediately compared with recognising it gradually based on certain percentages under the previous guidelines.

“We believe that the new guidelines effective from January have greater implications for banks with higher proportion of defaulted loans which are unsecured and where impairment provisioning have not been recognised fully,” the research house said.

An analyst with a local brokerage concurred that the changes were prudent in line with the need to better reflect the current economic conditions. “The changes would assist in improving the monitoring and identification of loans with credit weaknesses in a timely manner,” he added.

Other changes under the new guidelines are the shortening of NPL reclassification of overdraft and loan facilities from six to three months for non-payment of principal, interest or both.

There are also changes to treatment of loans with quarterly, semi-annual, annual or bullet repayments.

For example, for rescheduled loans with repayments scheduled on intervals of three months or longer, loans will be classified as non-performing immediately when repayments are due and unpaid compared with three months or more from the default date previously.

“Banks are now able, with the prior written approval of Bank Negara, to maintain a general provisioning of lower than 1.5% subject to the central bank’s satisfaction that the bank’s loan loss estimation process was robust and supported by sufficient data reflecting historical loan loss rates,” it said.

Most banks maintained a general provisioning (GP) percentage of 1.5% with Maybank’s being the highest at 1.93%, it added.

“We believe this flexibility of lowering the percentage of GP will allow banks with the potential of reclassifying a portion of the GP (tier 2 capital) to reserves (tier 1 capital) and further strengthen their core capital ratios,” MIDF Research said.

In addition, there was potential for greater capital management flexibility for banks should a reclassification of a portion of GP to reserves occur. “Banks can then have the flexibility of utilising these reserves for share buybacks to increase earnings per share of banking stocks or pay out higher dividends to shareholders,” the research house added. For Bank Negara statements click here