PETALING JAYA: Menswear manufacturer and property developer John Master Industries Bhd (JMI) is proposing to sell its entire business together with all assets and liabilities via an open tender process to be satisfied wholly by cash.

In an announcement to Bursa Malaysia yesterday, the company also proposed a capital repayment to shareholders that would be carried out via the proceeds generated by the proposed disposal as well as through existing cash reserves.

JMI shares were suspended on June 19.

It added that upon completion of the disposal, the company would no longer have any business or operations and would be delisted in the absence of any alternative proposal to maintain its listing status.

In a separate press release, JMI’s board of directors said it believed that the two proposals represented a superior alternative for shareholders considering the fluctuating performance of the company’s two business segments and the relatively illiquid nature of its listed shares.

It added that the company’s inconsistent financial performance had hampered the ability to declare dividends in the past and this was envisaged to continue in the near future due to the challenging outlook and prospects in menswear and property development.

The company said no suitable investments were identified that would provide a stable return even after significant cash reserves were generated through the sale of its land in Kajang in 2006.

It said an independent adviser would be appointed to safeguard minority shareholders’ interest. For latest Bursa Malaysia indices, charts and other information click here 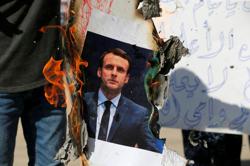