DO you foresee lower cigarette sales in 2009 or will they remain stable?

The overall industry volumes for the first three quarters of 2008, as measured by the Confederation of Malaysian Tobacco Manufacturers, declined by 2.2% versus the same period last year. As a result of the significant excise hike this year, legal volumes will continue to be pressured as the industry continues to take large tax-led price increases which inevitably fuel the growth of illegal cigarettes.

Will there be a marked shift towards the lower priced brands and smuggled cigarettes?

With the current global economic downturn, we foresee that consumers will become more cautious in their spending. Consumers who choose to continue to smoke may downtrade and resolve to buying cheaper alternatives such as illicit cigarettes. Hence, the demand for cheaper, illegal cigarettes will exacerbate the already high illicit trade volume of 24.9%.

Apart from the large tax-led prices and the current economic downturn, we also anticipate that volumes will be affected when Afta (Asean Free Trade Area) comes into effect in the year 2010. It is foreseeable that there will be an influx of cheap imports from neighbouring countries that will seriously impact local manufacturers and subsequently impact the livelihood of those who are involved in the tobacco industry, in particular tobacco farmers in Malaysia. 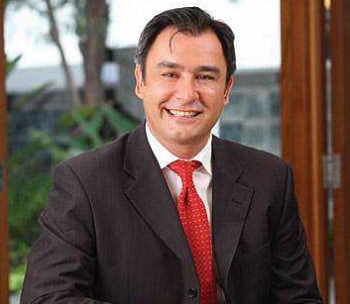 What can BAT do to maintain or even boost its market share via brand switching?

BAT Malaysia will continue to protect its business by maintaining our strategy of investing in its drive brands and reducing cost base though various productivity initiatives while continuing to run our business in a responsible manner.

How will the graphic health warnings effective January affect the cigarette industry? Is this preferable to the idea of homogeneous packaging as proposed in Britain?

Any suggestion to the Government on how it can boost consumer spending during this time of economic uncertainty?

The Government is making considerable efforts to put money back in the pockets of Malaysians. The recent reduction in petrol prices is a good example of this. Banks have also been instructed to reduce interest rates and continue to support businesses. In addition, the Government’s recent stimulus package is expected to further boost economic spending.

These measures will boost consumer confidence which, in turn, should boost consumer spending. Having said that, the vast majority of people will remain cautious and spending will most probably be curbed to some extent.