The band of brothers THE five sons of the late Tun Abdul Razak have long been in the public limelight – they were growing up when their father was prime minster from 1970 to 1976. The eldest, Datuk Seri Najib Razak was 17 years old when his father became prime minister while the youngest, Datuk Nazir Razak was then just four.

It was, however, a relatively short prime ministerial tenure as Razak passed away after about five years in office.

The family will again be thrust into the spotlight cast from the prime minister’s office which Najib will assume in March.

His brothers have long been engaged in their own respective professions.

Datuk Johari Razak, the second eldest, read law, like his father. He is a senior partner at Shearn Delamore & Co, a large law firm in Kuala Lumpur.

Johari is also a non-executive director in several publicly listed companies including, being chairman of Ancom Bhd

. He is also a director of Deutsche Bank (M) Bhd.

The middle brother, Datuk Mohamed Nizam Razak studied politics, philosophy and economics at Oxford University in the UK and was a stockbroker, being CEO of PB Securities Sdn Bhd in the 1990s.

At present, he is also a non-executive director in several publicly listed companies including Hiap Teck Venture Bhd

The fourth brother Datuk Mohamed Nazim Razak, who also studied in a British university, is an architect. His wedding in 2005 when he married to Norjuma Habib Mohamed, former host of TV3’s Nona show, was widely covered in the media.

The youngest brother is the most well-known. Datuk Nazir Razak had studied at Cambridge University where he obtained a master of philosophy. 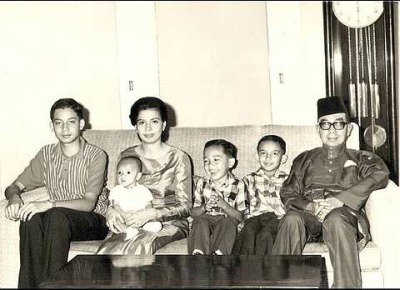 A career banker, he joined CIMB Investment Bank almost 20 years ago, rising through its executive ranks to become its CEO in 1999.

Under his watch, the BCHB group, which is branded as CIMB Group

, was transformed into a GLC (government-linked company) bank that could compete with its peers in the private sector regionally.

Najib has been careful that there is no incidence of “family cronyism”, although that has not deterred his political opponents from raising the issue.

His record, however, is a good one. Among his brothers, only Nazir has risen to the top post of a large GLC but he had to climb the corporate ladder.

More importantly, Nazir has proved to be a capable banker, an accolade offered by his peers and fund managers for the results he produced at CIMB group. Furthermore, he advanced at CIMB at a time when Najib held other cabinet posts, not that of finance minister.

In recent years, Najib had held the portfolio of defence minister and throughout his term of service, there were no scandals of defence contracts involving his brothers. The family is proud of the Razak name and do not want to tarnish that.

When Najib was defence minister, any involvement by his brothers in the defence industry would have been politically sensitive or even suspicious.

The dilemma of his brothers now is that when Najib becomes prime minister, any career progression they may have in whatever field could be the subject of criticism of Najib’s influence.

Yet, the brothers have built their respective careers and have the right, as any other individual, to move up in their careers.

That raises the possibility of a move to public service by some of the brothers. They are well-educated and are known to be well-mannered, rather than arrogant, and have not been known to abuse their family ties. 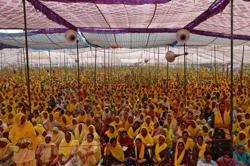