KUCHING: OCBC Bank (M) Bhd will achieve a loan growth of more than 10% this year.

Director and CEO Jeffery Chew said this would be higher than the average industry growth of between 7% and 8%.

However, he said the bank might not be able to sustain such a strong growth next year due to an expected economic slowdown.

“There will be a slower demand as people are going to spend less to buy properties and cars,” he told reporters after launching the new-look OCBC Bank Kuching branch. 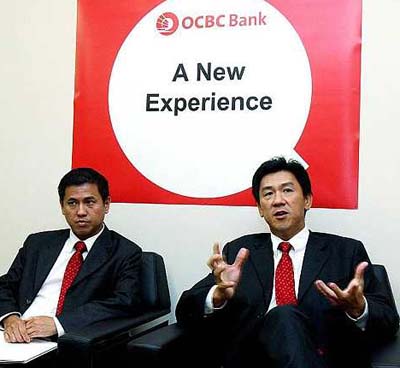 Some RM6mil was spent to transform the branch’s appearance and upgrade its banking facilities.

Chew said despite an anticipated economic slowdown next year, the bank would maintain its business model and lending activities.

He said OCBC Bank would open its first Islamic banking branch in Kuala Lumpur on Dec 1.

It had earlier obtained Bank Negara approval for five such branches. The locations of the other four have yet to be decided.

Chew said OCBC Bank was expected to complete the transformation exercise on all its 29 branches in two years.

“The transformation initiative is aimed at offering customers enhanced level of service, interaction and convenience.”

To mark the Kuching branch’s new look, the bank is offering special fixed deposit rates until Dec 12. Customers also stand the chance to win up to RM3,000 when they sign up for selected products and services by tomorrow.