The company also announced that it would not raise cigarrette prices anymore this year and expected a better profits in financial year 2008.

Nadzmi said the capital repayment, approved yesterday, would not impact its business operations and ability to maintain a high dividend payout ratio as the company had plenty of cash.

“We are very focused on our core business (tobacco) and we do not require abundant cash, as we are not going to invest in other businesses,” Nadzmi told reporters after the company EGM yesterday. “Thus it is best to distribute surplus cash to shareholders as the interest rate is low today.”

The capital repayment involved a cash distribution of 75 sen for every RM1 share. 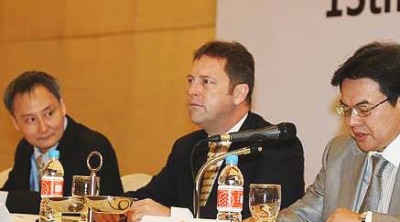 Managing director Martyn Griffiths said JTI had not seen any unusual trends after the recent 20% increase in excise duty on cigarettes and that it did not plan to raise the prices of its cigarettes.

In Budget 2009, the Government increased excise duty on cigarettes by three sen per stick to 18 sen, making the duty for a 20-stick pack higher by 60 sen.

“Despite the current challenges, we will continue to invest and grow our key brands, as we are committed to strengthen our market place,” Griffiths said.

The higher excise tax would only result in more illegal trading of cigarettes, he added, pointing out that such activity was estimated to increase by 24% or one illegal cigarette for every four legal cigarettes.

According to a survey, JTI has an 18.5% market share in Malaysia.