Strong brand can win the day for developers

More are seeing branding as major aspect of their strength

BRANDING has become an important pillar in the property development business with more industry players jumping onto the “branding” bandwagon. 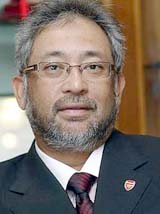 However, it is foolhardy to believe that one could have a successful brand overnight without earning it.

Developers must ensure that they have the right kind of products and services to earn them a good reputation.

There is no short cut to success.

You can have the best advertising company to map out your branding strategy but if you fail to deliver on time, have an inferior product and poor after-sales services, no amount of branding promotions can earn you the trust and respect from your buyers.

This applies to all businesses as well as professional services. Thus, branding should be a constant reminder of the special strength of a company and not mere visual recognition of a logo.

Take the case of a famous Japanese brand that I have been supporting for many years. The power of its brand was so strong that I subconsciously bought all three video cameras from the same brand.

Again I bought the third video camera but this too had problems just after a year and repair bill came to more than a third of the original price. Enough is enough. I dumped the brand.

A product must not only look good but also durable and competitively priced. This is why developers who build quality houses find many repeat buyers who also encourage others to buy from the same developer. 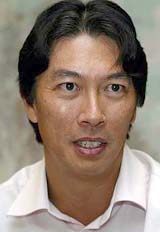 ,Titijaya, Naza TTDI, Brunsfield and Sunway City have such strong brands because they do not compromise on quality. However, maintaining that brand image is even more difficult as people has high expectation.

That is why many of the reputable developers continue to promote their brand and win strings of awards.

Naza TTDI Sdn Bhd (formerly TTDI Development Sdn Bhd), despite having proven itself the past 35 years, is not resting on its laurels.

“We have a strong passion to deliver quality consistently. We ensure that every new projects is better than the preceding one,” said Datuk Johan Ariffin, managing director of Naza TTDI.

Johan said during The Edge Malaysia Top Property Developers Awards 2008 that Naza TTDI was rated 21st among all listed and unlisted property developers in the country. Among the unlisted participants, it ranked third.

“We will strive to do better for our purchasers and hope to further improve on our ranking in 2009,” he added.

The group has been actively branding itself since late last year.

Its Amarin brand is synonymous with indulgent, luxurious, innovative lifestyles.

The company sold out its first development Amarin Kiara in Mont’ Kiara.

Its second project, Amarin Wickham is a low-density, low-rise luxury development of only 21 units of duplexes and triplexes in Kuala Lumpur’s prestigious embassy district in U-Thant. Units with sizes from 3,000 to 9,000 sq ft are priced at an average of RM4mil per unit.

Its executive director Lee Vun-Tsir said international investors would seek products that have the best value.

“From our experience, they place tremendous importance on investing with branded developers, as the value they offer is more easily communicated and reinforced thus giving buyers more confidence in the developer’s name and ability to deliver on their promises.”