says China will continue to contribute significantly to its operations in the coming years.

Executive chairman and group managing director Chan Choo Sing said the Chinese economy was likely to remain buoyant despite an anticipation of a global slowdown.

“China’s huge population will be the main driving factor for its economy to continue growing,” he told StarBiz after the company AGM recently. Chan said apart from the huge China market, the presence of many foreign investors also created support-related services, especially for the manufacturing sector.

“We are fortunate to be among the earliest Malaysian investors to go to China,” he said, adding that its experience and expertise in apparel making in Malaysia gave PCCS Garments an edge in attracting clients.

The company had been approached by one of the top brands to manufacture sportswear for the Chinese consumers as sales had tripled since the Olympics, he said.

China’s recently imposed strict rules on packaging materials for pharmaceutical products and foods augured well for China Roots, he said, adding that the subsidiary was among only eight packaging providers in China to be issued a licence by a governing body there for good manufacturing practices.

“The licence opens windows of opportunities for us to expand our client base, especially among the foreign-owned multi-level marketing companies operating in China,” said Chan.

He said China Roots operated at the Guangzhou Economic & Trade Development Zone, where 105 of of the 500 Fortune companies were located.

In view of the good growth prospects, he said China Roots would be expanding its plant by another 6,500 sq ft from the present 30,000 sq ft. 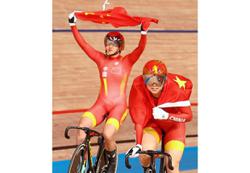