WHILE we debate what goodies Budget 2009 has in store for us today, a matter that should not be forgotten is how the Government is going to sustain and stimulate the economy through its fiscal policies.

With corporate income tax rates falling to 25% in 2009 and an expected slowdown in world economic growth coupled with increasing costs, raising additional revenue to finance development expenditure may be a challenge.

In the absence of new measures, one may expect the Government to continue to tighten enforcement to minimise leakage of tax revenue.

Through its enforcement activities, the Inland Revenue Board (IRB) has increasingly contributed to the Government’s coffers. 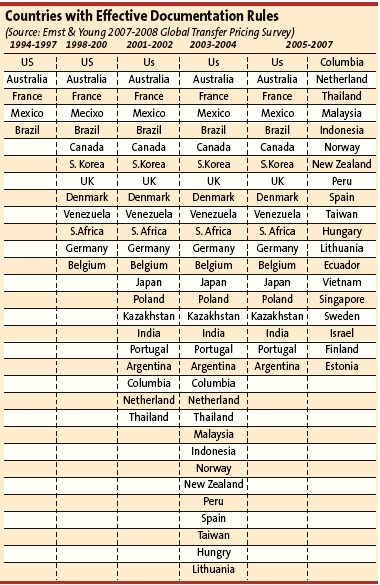 Like most developed countries with a self assessment system of taxation, compliance by taxpayers is carried out through tax audits, particularly in transfer pricing.

The teams is well trained, well prepared and meticulous in gathering transfer pricing data from taxpayers.

This increasing focus on transfer pricing audits is not surprising as the IRB has worked tirelessly over the past few years to ensure that Malaysia gets its fair share of corporations’ (both local and multinational enterprises) global profit pie.

Ernst & Young carried out a Global Transfer Pricing Survey in 2007. In interviews with 850 multinational enterprises (MNEs) across 24 countries, it found respondents from 74% of parent company and 81% of subsidiary company believed transfer pricing would be “absolutely critical” or “very important” to their organisations over the next two years. This is particularly so given increased collaboration amongst tax authorities.

In the 2006 Seoul Declaration, 39 member countries of the OECD Forum for Tax Administration agreed to commit to cross border information sharing and “practical cooperation” to counter non-compliance.

Increased collaboration among tax authorities does not, however, address fundamental differences among them on interpretation and application of information which results in incompatible compliance burdens and risk of double taxation.

In such a climate, many MNEs are effectively caught in between two tax authorities, each of which is trying to implement regulatory and enforcement strategies to bolster their taxing rights.

Respondents agreed that the leading cause of transfer pricing disputes is an increase in audit and enforcement targets by fiscal authorities. This is followed by change in transfer prices and significant monetary volume of transactions.

Other audit triggers include fluctuations in taxable income of the audited entity, recorded losses, complexity of transactions and restructured operations.

The survey results showed that intercompany services, tangible goods and licensing of intangible property are the most common forms of transactions reviewed by the auditors.

Against the above background, what are the approaches to mitigate transfer pricing risk?The Asia-Pacific region contains some of the most aggressive tax authorities globally.

There are a number of approaches that MNEs can take to manage transfer pricing risks.Some 81% of parent respondents maintain records and data, 74% perform periodic reviews while 27% use advance pricing agreements (APAs) to mitigate transfer pricing related risks.

The attractiveness of a particular risk mitigation strategy is closely linked to the transfer pricing compliance requirements in the particular jurisdiction.

From a Malaysian context, the IRB welcomes the use of APAs. The aim of APAs is to assist taxpayers in managing their transfer pricing risks by reaching an agreement with the IRB on the future application of the arm’s length principle.

Using APAs as a tool to manager transfer pricing risks may be the norm, going forward.

In summary, with or without new measures to be introduced for Budget 2009, tax authorities’ enforcement is expected to tighten further. Expecting anything less from the tax authorities would be a wishful dream.