PETALING JAYA: Uncertainties over the rollout of mega projects seem to have been resurfaced after Second Finance Minister Tan Sri Nor Mohamed Yakcop said last week the Government would review some of the projects to reduce the country’s economic burden due to the rising price of fuel.

Analysts reiterated that they expect few catalysts for the construction sector in the near term, given possible delays in some projects in Selangor and Penang and the slowdown in the rollout of Ninth Malaysia Plan (9MP) projects. 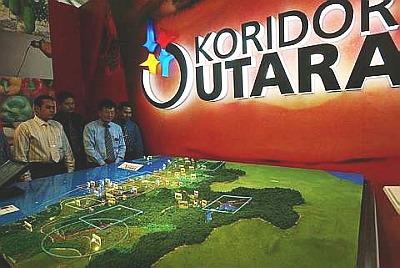 A clearer picture is expected when the mid-term review of the 9MP is announced at the end of the month.

On Saturday, Nor Mohamed said projects planned by the Government were based on costs before the fuel price increase.

“These projects may cost more now and we need to look at them again. However, the Government will still go ahead with projects which benefit the people,” he said.

In a report yesterday, CIMB Research said the negative news flow on key mega projects post-election continued to underpin its cautious stance on the construction sector.

“The higher risk of delays and reviews of certain mega jobs point to an uncertain outlook. Overall, even though the five growth corridors are positive for the development of the construction sector, we think that their effects would only be felt in the longer term,” CIMB said.

Of these, post-election risks have so far affected projects in NCER more than other regions.

Key projects under the NCER, which include the RM1.6bil Penang monorail, the RM1.2bil Penang Outer Ring Road and the second Penang bridge, are facing delays, with the possibility of cost revisions due to higher material prices.

Said RAM Holdings Bhd chief economist Dr Yeah Kim Leng: “Not all earlier announced projects, particularly those in the opposition-led states such as the second Penang bridge and monorail, are likely to be scrapped.

“Cancelling these projects could have a major negative impact on growth and development, not just on the state economy but also on the country as a whole, since these states are the major locations for foreign direct investments and industrial activities.”

The NCER, which will stretch over 18 years, aims to have 17 new infrastructure projects with development value of up to RM50bil.

“But should these projects be derailed, there will be knock-on secondary effects on economic activities as firms providing services or supplying materials to the project will not have the added business,” Yeah said.

“Another looming area is spending efficiency – how to derive maximum value from public spending, such as controlling costs and meeting performance or outcome-based targets, rather than the amount of allocation or budget spent,” he said.

Yeah said in the private sector, there was a need to look into industries which were not subject to healthy competition as well as those that had artificial barriers deterring investment and industrial upgrading.