KUALA LUMPUR: Reinsurance businesses in Labuan are expected to breach the US$1bil mark in terms of gross premiums this year.

“This signals its growing position as a reinsurance centre,” she said at a briefing on Lofsa Annual Report 2007 yesterday.

Lofsa also announced the setting up of Labuan International Business and Financial Centre (IBFC) Inc Sdn Bhd, which is wholly owned by Lofsa. 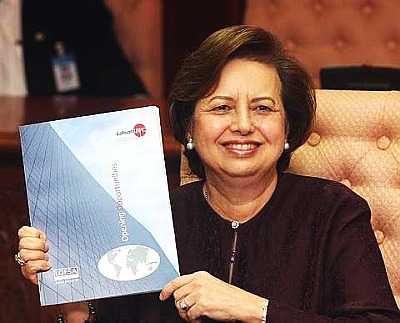 The main function of the new entity, which will be in operation next month, is to drive market development as well as to act as a facilitator to investors seeking to participate in Labuan IBFC.

One of the initiatives planned to advance Labuan as an IBFC is to elevate its status to the “gold standard for holding company jurisdiction”.

“Malaysia's extensive tax treaty network with more than 60 countries and the introduction of a more flexible tax framework support this initiative,” said Zeti.

The offshore banking industry last year reported an expansion in loan assets, complemented by an improvement in the asset quality.

The offshore leasing business was one of the highest growing financial industries in Labuan last year.

“This is boosted by strong activities on the oil and gas as well as shipping activities in the region,” said Zeti.

Islamic-based assets grew 36.9% to US$1.2bil, she said, adding that there was strong investor interest from the Middle East in the Asian region.

Covid-19: Schools in Seremban red zones to close for 16 days