is piecing together the jigsaw for its future direction with a spate of acquisitions and divestments, which saw it hogging the limelight recently.

Perisai’s most recent corporate activities, which started in the beginning of the year, saw it acquire SJR Marine (L) Ltd for US$42mil, an anchor handling tug (AHT) for US$11.5mil, a portable saturation diving system (SAT system) for US$4.25mil and the disposal of two subsidiaries Corro-Shield (M) Sdn Bhd and Orinippon Trading Sdn Bhd for RM40mil. 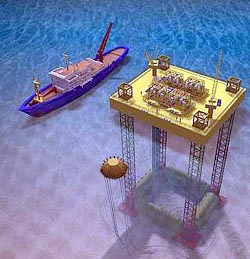 The strategic acquisitions and alliances are not expected to stop as Perisai, which started as a corrosion control company, repositions itself into a one-stop support centre for marginal fields and deepwater development.

Managing director Nagendran Nadarajah wants to get Perisai settled in with “its ships delivered, things in working order as well as contracts and money flowing in” before he looks for more strategic assets and alliances to add to the group’s growing portfolio.

At the moment, Nagendran sees drilling capabilities as the missing link for Perisai.

“If we manage to acquire drilling capabilities, then Perisai will be nearly 90% ready to become a one stop support centre for shallow water marginal fields,” he said.

However, Perisai’s plan to add drilling to its list of services would be very much dependent on its ability to secure contracts for the self-installing, relocatable, production and storage (SIRPS) platforms.

This facility, which is ideal for shallow water marginal fields, is so versatile that a portable drilling unit can be installed on the platform for exploratory drilling.

It can also be replaced with a scaled-down version of Perisai’s AlphaPrime modular system at production stage to perform the three levels of crude oil separation.

The SIRPS platform is currently at the front-end engineering and design stage to be completed in about three months. This will be followed by approval for construction.

“We will have to wait for contracts first before we go into construction phase.

“We plan to aggressively market it after the front-end engineering and design stage is completed and hope to secure some contracts,” Nagendran said, adding that it would take about two years and US$50mil to US$60mil to construct a SIRPS platform.

According to Nagendran, with over 100 shallow water marginal fields to be developed in the country, “we would be very happy to get five or 10 of these.” 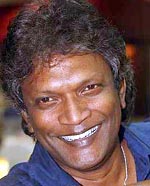 “That is why we have re-positioned ourselves in this area as we see a lot of opportunities. We take a five-year view of what is going to happen in the oil and gas industry,” he said, adding that Perisai also planned to collaborate with reservoir and well experts.

Chairman Datuk Mohamed Ariffin Aton said the long-term contracts on some of the assets which Perisai has secured and hoped to secure would provide the group with robust, predictable and visible earnings.

“This will allow us to focus on developing solutions for marginal field and deepwater developments,” he added.

The group, via the acquisition of SJR Marine, is expecting the delivery of a derrick lay barge, the Enterprise 3, in July or August.

SJR Marine has already secured a contract for Enterprise 3 with a major local oil and gas company, whereby the barge would be chartered on a bare boat basis for 1,085 days up to the end of 2012.

Based on the committed bare boat charter rate of US$95,000 per day subject to a 5% annual escalation, the vessel is projected to earn a minimum of US$115mil (RM373mil) during the tenure of the contract.

Assuming that the vessel is fully booked, total revenue from the vessel could rise to as much as RM550mil during the contract period.

Perisai is also waiting for the delivery of its AHT in October and hopes to secure a two-year contract in the next few months. Rates for an AHT is said to average US$11,000 per day with crew. In addition, the group has recently clinched a two-year contract worth US$2mil for its SAT system.

On the international front, Perisai's overseas revenue looks set to receive a boost from the Middle East where it seems to have gained a foothold in the sand washing industry.

Executive director Juhari Husin said the group hoped to clinch a US$40mil award to build a sand washing plant in Qatar sometime in the third quarter of the year via wholly-owned subsidiary Romilly (M) Sdn Bhd.

“We are in the midst of finalising the deal,” he said.

Juhari, who is also managing director of Romilly, is also eyeing another project in Dubai valued at 8 to 9 million euros which is expected to be awarded next year.