DESPITE the brewing uncertainties in the regional and global financial markets, local manufacturing and construction players are still upbeat about their prospects overseas.

and Malaysian Resources Corp Bhd (MRCB) due to the vibrant infrastructure development taking place there.

“We are working closely with several local partners who are confident that new projects in the Middle East can be secured in the near term based on the local government’s support for integrated commercial and transport hub development in areas where traffic congestion has reached acute levels,” he told StarBiz in an e-mail.

MRCB currently has an on-going project in Dubai, where it is acting as the main management contractor for a hotel and residential development on the Palm Jumeirah valued at more than RM300mil. The project started in 2007 and is expected to complete by early 2009.

also has its eyes on the Middle East.

“We are seriously looking at the Middle East. We have established an office in Dubai to keep us updated on the region and the opportunities there,” said group managing director and chief executive officer Datuk Dr Abdul Halim Harun.

“Apart from the timber industry, we have now expanded to supplying equipment for the mining industry,” he said, adding that there was significant potential for UMW's manufacturing and engineering businesses to grow internationally via smart partnerships.

Bhd sees plenty of opportunities for the company to expand its footprint globally.

“Our current global market share is less than 3%. We have ample opportunities to expand internationally, particularly in emerging markets such as Indonesia and Vietnam and booming markets like China and Taiwan,” said chief executive officer Tai Boon Wee.

He said the company was bullish of clinching more turnkey projects from Thailand, China, Pakistan and Indonesia.

“We secured projects from these markets last year and expect to complete them this year. We are confident that our performance will attract more customers,” he said.

Tai said the company was also aggressively looking to address the worldwide shortage of off-the-road (OTR) retreaded tyres, especially in the mining industries.

Goodway, which has sales offices in Sweden and Australia, has set up a rubber compound manufacturing plant in Suzhou, China as part of its expansion plans to supply premium rubber compounds and liners to the China market.

expects its product orders to rise in tandem with the global outsourcing trend by original equipment manufacturers.

“We have recently made inroads into Russia and are also looking to tap into the African market,” said executive director Alex Chew, adding that the replacement market formed the bulk of the company's orders.

He said the company's prospects abroad remained buoyant given its wide product portfolio and customer base in over 53 countries.

both have businesses that are heavily export driven.

For Top Glove, exports make up 95% of the company's total sales annually. Chairman Tan Sri Dr Lim Wee-Chai said the company was largely insulated from downturns due to the nature of its product offering.

“Our rubber gloves are mainly used in the medical industry. As such we do not foresee our business being affected by a recession in the US as our products are a necessity,” he said.

The company hopes to grow its annual revenue by 20% to 30% for 2008 and 2009, which Lim reckons should be achievable given rising health care awareness and enforcement by authorities in developing nations such as Latin America, Eastern Europe, Asia and Africa.

Similarly, Kossan expects the value of its overseas sales to jump this year backed by improved product mix.

He said there was increasing demand for nitrile gloves overseas, adding that more than 80% of the company's total output was sold to developed markets including Britain, US, Japan, Germany and Australia.

Titan Chemicals Corp Bhd, an integrated producer of olefins and polyolefins, also expects sizeable orders for its products from Asia.

Managing director Thomas P Grehl said the company was targeting to sell an additional RM200mil of polyolefins in South East Asia and about RM300mil of butadiene in Asia.

“We have targeted Indonesia, Vietnam, Philippines, and Thailand and have firmed orders from these countries,” he said, adding that overseas sales made up about 50% or RM3bil of Titan Chemical's total sales revenue.

“Our focus remains on securing projects directly linked to our position as premier builders of urban transportation hubs and properties. We have been in negotiations with several parties who are interested to adopt the Kuala Lumpur Sentral transport hub model for their main cities and have given our expertise and experience. We are already involved as designers at the planning stage of these developments.”

“We would like to place ourselves in various countries so that we can spread our risks and take advantage of booming economies like China and India. We are an established company with a proven track record of more than 90 years. We have a good reputation in the countries we operate in and this makes people want to do business with us.”

“Our commitment to quality remains despite the hike in raw material prices. This is why more new customers are approaching us, while our existing customer base continues to grow. We foresee revenue from the overseas business to overshadow our domestic business as we expect growing demand for retreaded tyres.”

“The group has continuously moved up the value chain by introducing higher specification products that can command higher prices and margins. Base on our first quarter ended Dec 31, 2007 results, exports overseas and to North America grew 29.3% and 33% respectively on a quarter-on-quarter basis.”

“The growth in demand for rubber gloves is mainly due to increasing health care awareness and hygiene standards all over the world. Our sales abroad have increased due to our competitive pricing, aggressive marketing strategies and our commitment in research and development. Our production size also enables us to benefit from economies of scale and lower costing.”

“Contrary to market perception, the demand for our gloves is still robust and increasing at a fast pace. We are currently running at full capacity. We are adding another 2.5 billion pieces of gloves by November and this fresh capacity has been reserved for our ready buyers. We will need to kick start another expansion plan again soon after that.”

“We still see strong demand for our products in Asia. We expect our sales revenue to grow in double digits this year. We expect revenue from the overseas business to increase but at the same time our domestic business is also expected to strengthen further.” 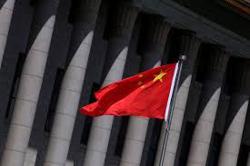