He also received the Emerging Entrepreneur of The Year award, Ernst & Young said in a statement.

Having completed his MBA in marketing and business administration in 1998, he invested in Masterskill and became its chief executive officer in 2005. Masterskill is a school for nursing and allied health education.

Santhara will represent Malaysia at the world award event at Monte Carlo in May 2008.

Datin Alicia Tiah of TA Enterprise Bhd received the Women's Category award. She has nurtured, developed and transformed TA into a diversified conglomerate. 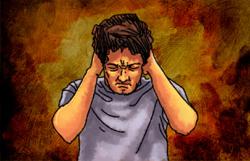