Solar Green has two estates in Sarawak, totalling 4,638ha planted with oil palm. It is principally involved in oil palm cultivation and production of crude palm oil and palm kernel.

SHARES in this rubber glove manufacturer led gainers yesterday as investor sentiment was bolstered by the anticipation of strong earnings for the third quarter ended Sept 30, a dealer said.

was expected to post a stronger second half, following the completion of its 2007 capacity-expansion programme.

An analyst said interest could be due to the company's restructuring plan to regularise its financial situation, which was reported to be in the final stage. 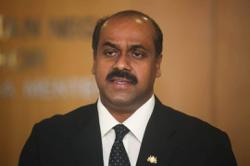