Punish those who manipulate accounts 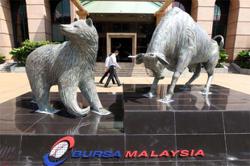 WHO would have thought that there could be an accounting fiasco akin to Enron or Worldcom in corporate Malaysia and it had to involve Transmile Group Bhd, a company that is partly owned by Malaysia’s richest man – Tan Sri Robert Kuok.

The question many are asking is whether Transmile had intended to hoodwink investors by posting glossy earnings and why it took the company more than a year to report an irregularity in the 2005 accounts. It was uncovered that revenues for that year were overstated by RM197mil and, in 2006, by RM333mil, which is 30% of its revenues.

In total, the amount of RM530mil would have gone undetected if no one had questioned Transmile and it could possibly be the biggest accounting irregularity of recent times in Malaysia.

But, is the RM530mil the absolute amount, or are there going to be more un-coverings, and has the time come for a forensic investigation?

Whatever may be the issue at Transmile, this was a company that had everything going, from robust growth to reputable shareholders that it could shout about. Not many companies on Bursa Malaysia have Kuok as their shareholder who must have seen the growth potential of Transmile to take up nearly 20% stake in the company.

, or the national postal company, is also a shareholder that uses Transmile’s planes extensively to despatch mail within the country.

There could have been many reasons for overstating the figures but it is the right of the minority, and even majority investor in Transmile, to know if anyone benefited from doing so.

Was someone’s salary dependent on high sales to show the glossy earnings, were there incompetent people handling the accounts, or were the revenue numbers shored up intentionally to maintain the high share price? Was someone under pressure to do all that?

Given such a scenario, many are asking if the company’s assets in terms of airplanes are intact and whether some of the sales were faked where they may be some artificial debtors.

In normal circumstances, it is the company that prepares its financial accounts and has an internal audit committee to scrutinise the accounts. But an external auditor is also appointed to ensure whatever is reported is reflective of the earnings and expenses.

A good set of accounts would have the auditors signing off the accounts, as “true and fair ? accounts” but one with irregularities would not have that statement or something similar to that.

Auditors normally question clients if they find any irregularities but there are some that may want to work with the client for fear of losing the client.

What Transmile overstated pales in comparison to the billions of dollars involved in the Worldcom and Enron accounting scandals, but that should not be an excuse not to abide by simple accounting rules in a market place that is trying to push for greater transparency.

The Transmile irregularity is not the first, nor will it be the last, but who should be responsible for ensuring that the accounts are not manipulated and that the minorities are not hoodwinked by glossy earnings. Therefore, should there be a review of the punishment for abetting irregularities? 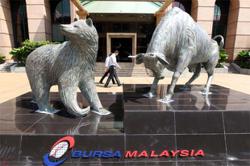