INTERIOR fit-out firm LCL Corp Bhd is one of the few Malaysian companies that has successfully taken advantage of opportunities in the Middle East.

The second board-listed company entered Dubai in 2005. “Four years ago, when visiting that part of the world, I saw the pace of growth that led us to go there,” group managing director Low Chin Meng said.

“The office and warehouse rentals in Dubai were very high and we had to pay a year's rent upfront. It put off many Malaysian companies, but we were willing to take the risk.”

In fact, it had gone a step further by launching a showroom in Dubai on March 27.

Speaking to Malaysian reporters in Dubai in conjunction with the launch, he said it had invested RM1.5mil in the showroom, which would be used to capture the market for loose furniture, upholstery fabrics, and stones and marbles for property finishing.

“We expect the market to be good for the next five years. After that, we expect our growth to come from the Indian hotel construction industry and possibly Kazakhstan,” Low said.

The company already has offices in Hyderabad, India, and Kazakhstan.

LCL is bidding for more than RM1.3bil worth of contracts in the Middle East region.

Outside Dubai, the company is bidding for IFO jobs in Abu Dhabi in the UAE, as well as in Saudi Arabia and Bahrain.

The company was eyeing projects worth not less than RM10mil “to justify the investment,” said Low.

LCL plans to transfer to the main board in June. “In the first half of this year, there will be a lot of good news,” he said.

The company has a policy of taking care of the welfare of craftsmen brought from Malaysia to Dubai for 12- to 18-month stints.

The company has an air-conditioned complex at the Jebel Ali Investment Park, Dubai, which can house 460 people.

It has a central kitchen that cooks packed meals to be delivered to project sites. Currently, 108 people occupy the three-storey building.

“Workers should just concentrate on work and not have to worry about accommodation and where to find food,” a Dubai-based manager told StarBiz.

The Malaysian business contributed RM100mil to RM200mil to the company's revenue annually, but the gross profit margin for Dubai was 25%, while in Malaysia that figure was only 15%, he said.

He said while its business in Dubai was lucrative, LCL still struggled for recognition in the Middle East as it was considered a small player in that region.

He added that LCL was considering to introduce a vendor development programme to bring more products of Malaysian companies, especially high-end furniture and fittings, to the Middle East. 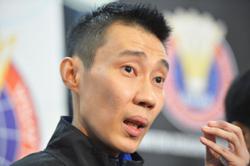