Guan Chong looks at setting up plant in Europe

plans to further strengthen its position in the European chocolate market.

Chief executive officer and managing director Brandon Tay Hoe Lian said the company was finalising the details on setting up an office and a plant there.

He said it had short-listed three countries in Europe as possible locations to set up an office and a pulveriser plant.

“Germany, Poland and Spain are our top three choices,” Tay told StarBiz after the company’s AGM.

He said it was vital to have a strong footing in the continent, as Europeans consumed the highest amount of chocolate per capita in the world.

Tay said Europe and the US remained the chocolate centres of the world, as most of the chocolate-related products were made there.

He said Europeans had cultivated the chocolate-eating culture for hundreds of years and the famous chocolate houses were originally from Europe.

He said at present, the company marketed and distributed in Europe cocoa-derived food ingredients produced at its Pasir Gudang plant.

“We are going to invest RM6mil for the European plant and most probably the project will take place early next year,” said Tay.

He said the company had, in February this year, acquired a 49% stake in Carlyle Cocoa Co in Delaware, US, which would be responsible for expanding Guan Chong’s presence in the US cocoa-powder market. 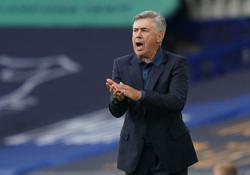