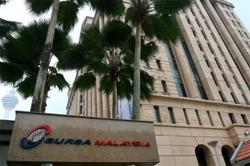 The 9th Malaysia Plan, to be unveiled in March 2006, will mark the start of the second phase of Vision 2020. In a speech entitled "Repositioning the Malaysian Economy and the Way Forward" in Malacca over the weekend, Second Finance Minister, Tan Sri Not Mohamed Yakcop, outlined seven key strategies to be adopted under the 9th Malaysia Plan. Excerpts from the speech.

In the 80s and 90s, we had been successful in transforming the economy from a largely commodity based to an industrialised economy.

The manufacturing sector currently accounts for almost a third of GDP and 83% of the nation’s exports.

In the manufacturing sector, the primary emphasis has been on high technology and greater value added activities and linkages.

In the agriculture sector, we must make fuller use of what we have already been blessed with and not abandon our traditional strengths.

We must focus on efforts to leverage on our comparative advantage and build on our rich biodiversity endowments and venture into new high value-added activities, such as biotechnology, including agro biotechnology and bio pharmaceuticals. Government-linked companies (GLCs) have been encouraged to become the catalyst in the commercialisation efforts of the sector.

In ICT, the Government continues to develop the Multimedia Super Corridor (MSC) to spearhead development in ICT, with its second phase roll out to Bayan Lepas, Penang and the Kulim High Technology Park.

The policy to diversify the economy has also focused on the services sector. The sector will have an increasingly important role in generating rapid expansion in economic activities. This sector needs to transform from its supporting role to the manufacturing and resource-based sectors to play a leading role as one of the drivers of economic growth.

A spectacular manifestation of our success in developing our services sector is the enormous increase we have seen in visitor arrivals to Malaysia.

Our foreign visitor arrivals have almost tripled, from 5.5 million in 1998 to 15.7 million in 2004; and 8.2 million during the first half of this year. Efforts at promoting health tourism have resulted in attracting almost 175,000 foreigners seeking treatment in Malaysia last year compared with just 39,000 in 1998.

Similarly, the promotion of education tourism has attracted some 41,000 foreign students from 150 countries currently studying in our public and private higher learning institutions.

As in many industrialising economies, SMEs in Malaysia represent an important segment of the economy as they play an important role in strengthening both the forward and backward linkages in the nation’s industrial development, particularly through their support to larger companies, including the MNCs.

Currently, our SMEs account for more than 90% of companies in the manufacturing sector, comparable to those of Japan, Taiwan and Germany of around 99%.

However, their contribution to the nation’s GDP remains small at some 6% in comparison to between 30% and 40% in Australia, Japan and Germany; and exports at some 12%, significantly lower than those in the European Union's 55% of total export.

SMEs must enhance their capacity and capability to become regional and ultimately, global entities, and compete for access to global supply and production chains.

The Government has focused on a comprehensive approach towards SMEs development by increasing their access to capital, providing greater access to business services and improving their business enabling environment. In terms of funding, to date, a sum of about RM13bil has been put in place as special funds for the development of SMEs.

Recently, the Government took another strategic direction with the establishment of the SME Bank.

The new bank has been tasked to function as a one-stop centre to integrate the business advisory needs of SMEs and continuing education and training programmes, especially for start-ups. It will also promote the creation of entrepreneurs in new areas, including commercialisation of research and development to enable them to become big businesses.

The nation’s persistently large current account surplus in the balance of payments, amounting to over 12% of GDP, implies that our national savings rate far exceeds our investment to GDP ratio.

In the pre-1997 phase, Malaysia, like the rest of East Asian countries, had a massive construction boom that has largely built most of the physical infrastructure that we will need for the next 10 years. Construction investment is, therefore, likely to grow much slower, leaving a larger gap between our national investment and savings rates.

In this regard, we encourage the outward investment by our companies. This is especially so as we continue to strive to move our economy up the value added ladder.

Malaysian companies investing abroad will also contribute towards the eventual creation of Malaysian MNCs. As such, we must seek to expand opportunities for the private sector to invest overseas. Petronas has already led the way by internationalising over the past decade and is now an increasingly globalised oil MNC. Khazanah Nasional Bhd is also playing a leading facilitative role in our overseas corporate forays.

In our next phase of economic development, therefore, Malaysian corporates will increasingly need to become MNCs themselves, building judicious international networks of assets. As our companies venture overseas, however, we will need to develop the expertise to internationalise successfully, building a deeper reservoir of culturally sensitive and internationally aware management executives.

This cannot happen overnight, but the large pools of Malaysians educated overseas in past decades, but who have continued to live abroad, represent one good source of talent that we should be able to tap.

To enable us to tap the global market from a position of strength, we must now create products that are distinctly Malaysian through building on the creativity of our people to create brands, products, ideas and technology that are recognisably as our own. The challenge will be to channel investments that help us to build Malaysian brands, Malaysian companies and Malaysian technology that are not only concerned with technical and physical attributes of their products, but also able to craft brands and reputations that match market expectations. In essence, there is certainly a great deal of room for innovation to seek new ideas and accelerate the pace of brand development for Malaysian products.

4. Dealing with the emergence of China and India

Our multi-ethnic population provides us unique strengths that will enable us to capitalise on the opportunities arising from the rapid growth of China and India.

We have cultural affinities, which our population shares with these largest and fast growing markets. Free Trade Agreements with China and India will help to formalise and institutionalise our network of relationships with these nations.

Islam and our closer economic and political ties with the OIC also gives us unique links to the Arab world, central and south-west Asia and north Africa. We are a Muslim nation in which the oil exporting nations of the Muslim world and all other members of the Muslim Ummah feel equally comfortable.

In addition, we have the heritage of the English language, which we share with the vast Commonwealth nations, giving us yet another network of nations in Africa, the Caribbean, Australasia and the Indian sub-continent that we could seek business opportunities in.

5. Completing the rehabilitation and liberalising of the financial sector

Since the financial crisis in 1997, our initiatives to restructure and strengthen the domestic financial system have led to greater efficiency and resilience in the banking sector.

We are also selectively encouraging some of our stronger banks to acquire overseas assets in order to develop regional scale and expand their overseas network, especially in Asean, north-east Asia and south Asia.

We have also carved a niche for ourselves by encouraging the parallel growth of both an Islamic banking system and a conventional banking system that benefits from the substantial presence of foreign as well as local players.

In the capital market, we have put in place a corporate governance framework that is rated as highly advanced as well as ensure our capital market intermediaries possess sound management, strong leadership as well as strong balance sheet.

The Government will ensure that Malaysia produces an adequate supply of workforce that is equipped with the necessary skills and expertise and high level of thinking skills.

The education and training system will be further reoriented to ensure that not only the manpower output match the requirements of new technology and knowledge-based economy, but also nurture creativity, innovativeness, versatility and able to produce multi-skilled workforce.

In sectors such as plantations, hospitality and construction, where we have a shortage of unskilled workers, we keep the door open to temporary foreign workers. We have selectively opened up to foreign skilled workers and professionals, whose expertise can help us, fill gaps in the labour market that Malaysians currently cannot fill.

We are reforming the education system, beginning the teaching of English at a much younger age, encouraging multilingual skills, and promoting a greater focus on science and technology.

The trickle down of income distribution from the rapid economic development and substantial increase in the nation’s income have subsequently brought about a remarkable reduction in the incidence of poverty to 5.1% in 2002 from 49.3% in 1970. As a result, more than half a million poor households, equivalent to more than 2 million Malaysians, were lifted out of poverty during the period.

For bumiputra, the poverty incidence has also been reduced significantly from 65% to 7.3% during the same period. The overall incidence of hardcore poverty was also reduced from 4% in 1990 to 1% in 2002. We have one of the best, if not the best, record of upward mobility in the world.

Efforts at increasing bumiputra participation in the corporate sector, thus far, has largely emphasised on their equity ownership, particularly through their shareholding in listed companies. This alone, however, is not a sufficient reflection of their ownership of the nation’s wealth. In this regard, the Government has established the Yayasan Amanah Hartanah Bumiputra to enable bumiputra to increase their ownership of commercial properties in strategic locations in major towns. 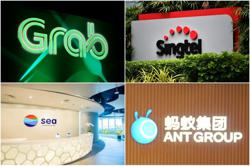