A leader with a cause Lecture series in Tunku’s honour

TUNKU Abdul Rahman’s memorable cries of “Merdeka” on Aug 31, 1957 brought to a glorious finale the long struggle of our leaders’ quest for national independence.

History lessons in school might have ensured that subsequent generations know the identity of the diminutive yet lofty figure of Tunku as he shouted “Merdeka!” but what of his leadership and management approach?

Tunku was a natural people-oriented leader and manager. He spoke Malay, English and Thai fluently, and championed causes for all communities at every level of society, which earned him recognition as an endearing Prince with the common touch.

With his charming personality, Tunku was able to make many friends from various nations during his academic stints in England. That accorded him the political leverage he needed when he later immersed himself in politics. It was also in England that Tunku’s leadership potential was unfurled. His first brush with racial discrimination in college fanned his fervour to fight for equality and spurred his zeal to seek his country’s independence from British colonialism.

Independence on his mind

Upon returning to Malaya, he made a diffident entry into Malayan politics. In 1951, Tunku became the President of the United Malays National Organisation (Umno) where he continued to meet people from all walks of life while spearheading the cause for unity and independence. These events led to the birth of the Alliance Party in 1955.

Through the Alliance Party’s Merdeka Mission, Tunku was able to realise his desire to free Malaya from British rule, and since that historical moment, he has come to be known as the “Father of Independence”.

Subsequently, Tunku became the first prime minister of the Federation of Malaya from 1957 to1963 and of Malaysia from 1963 to 1970.

Apart from demonstrating noble leadership values through his selfless actions, Tunku had explicitly articulated a set of coherent leadership qualities during his opening address at a training course for civil servants a few weeks after Merdeka.

The leadership qualities he advocated for the successful administration and management of the country were truthfulness, clarity and precision, calmness, modesty, loyalty, honesty, integrity, courage, perseverance, sincerity, and the willingness to work hard. These qualities are still relevant today.

It was Tunku’s exemplary leadership, and his keen administration during the nation’s early years that inspired the Malaysian Institute of Management (MIM) to initiate a lecture series named in his honour.

The TAR Lecture series was inaugurated in 1970 on the eve of Tunku’s retirement as the first Prime Minister of Malaysia. Since then, it has become the platform for both internationally acclaimed and locally renowned luminaries to convey the best of management thoughts and practices to the local management fraternity.

THIS year’s TAR Lecture will be helmed by Tun Dr Mahathir Mohamad, who will be sharing his views on the theme “Malaysia Incorporated: Leadership and Management Demands in the 21st Century”.

Tun Dr Mahathir joins 22 others who have honoured MIM with their keynote delivery – a Ruler, a Vice-Chancellor, an Economic advisor,distinguished statesmen, Chief Ministers, and public and corporate achievers.

The TAR Lecture and Dinner on Oct 3, 2005 is organised by a committee headed by Datuk Dr Mohamed Munir Abdul Majid, chairman of Malaysian Airlines. 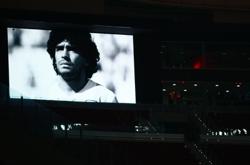