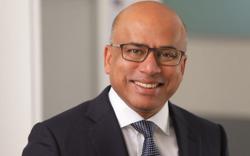 ASIA Quest Group, in its bid to raise its profile as an upmarket developer in the prestigious address of Bukit Kiara, has planned more high-end condominium developments in the area.

Having a land bank of 55 acres in land-scarce Bukit Kiara is certainly a gem not to be wasted.

With the strong interest for good residential projects in the Mont’Kiara vicinity, mainly due to the premium of the location as a well-sought-after residential address, demand for both high-end condominiums and landed homes there is as robust as ever.

Asia Quest executive director Woon Chung Neng sees strong development opportunities for its land bank and has lined up some interesting projects that will create another upmarket and lively residential enclave in Bukit Kiara.

With 10 acres already developed since 1994, the remaining 45 acres have been earmarked for more prestigious condominiums with full facilities that cater to the fast-changing lifestyle of the people.

Asia Quest has been credited with opening up the Mont'Kiara West Zone with the construction of a new road from the Bukit Kiara junction to the Vista Kiara and Lanai Kiara project sites. It has spent some RM10mil on road infrastructure.

The company is affiliated to the Asiawide Group that has built up an impressive record and is involved in various prestigious developments in Singapore, Hong Kong and Singapore.

Since 1991, Asia Quest has completed and sold three condominium projects - Vista Kiara, Lanai Kiara and Vila Banyan - in the area.

These projects have an average occupancy rate of close to 85%.

“This precinct of Mont’Kiara has good property value appreciation. With most parts of the neighbourhood already developed or under active development, we certainly see very good potential for our remaining land there,” Woon told StarBiz.

Asia Quest plans to develop in eight phases the remaining 45 acres into more than 2,200 luxury condominiums, office suites and serviced residences. Upon completion in eight years, the project will yield a GDV of RM1.6bil.

The serviced apartments, with built-up of 600 to 900 sq ft, would be the right product mix to meet the demand for more affordable homes in the Bukit Kiara area, he said.

“To give it a distinct upmarket touch, the 45-acre site, which I can confidently say is the best precinct within the Mont’Kiara neighbourhood, has been named KiaraMas.

“The premium of KiaraMas, at 470 feet above sea level, lies in its elevated location that translates into a height advantage of at least 22 to 25 storeys compared with other developments in the area.

“Being a neighbour to the 800-acre Sungei Penchala Malay reserve land, this area has an aura of freshness and peace,” he added.

Woon said the company's aim was to offer buyers the option of well-designed homes within a well-planned development.

Besides its ongoing projects worth some RM1.3bil, the group has another 26 acres still available for development. The remaining land will be developed over five phases.

The first project under the KiaraMas series was KiaraMas Sutera. The 325 condominium units were launched in 2001 and only four are left. The condominium has been completed and handed to buyers mid last year.

The second project launched was KiaraMas Cendana consisting of 190 condominium units, with standard units come with built-up of 2,500 sq ft. Since its launch in February 2003, sales have reached 97.9%.

The latest launch was KiaraMas Ayuria that will be developed in three 35-storey blocks and three two-storey blocks. There are five units on each floor.

“Our projects are mostly boutique developments that cater to the fast-changing lifestyle of the people. What we want to achieve is to offer aesthetically-designed and spacious homes within a low-density development in well-sought-after neighbourhood,” he added. 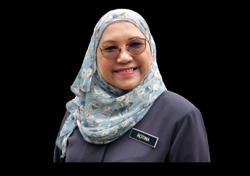