The strong wind that swept a few stocks off a cliff in recent weeks gathered gale-force yesterday when four stocks dropped limit-down.

Shares in Golden Plus Holdings Bhd (GPlus), a property developer with its project in Shanghai, were the latest in a series of lower liner stocks that fell limit-down.

CWorks Systems Bhd made its debut on the Mesdaq Market and may have made local history as the first stock in memory to be traded limit-down on its first day of listing.

As limit-down trades were noticed with increasing frequency, market observers naturally searched for causes. One version has it that a foreign bank pulled its credit lines on a couple of stocks. Another is the obvious belief that some syndicates pulled out of certain stocks.

A punter said he does not know why this is happening to the market.

These sharp falls in share prices may have come upon several stocks only, not many. Yet, the broad market has experienced an extended period of weakness even though the Kuala Lumpur Composite Index has held fairly steady.

The number of limit-down trades, coupled with a bearish undertone, has led to speculation as to which stock will be next to fall. The names of a few candidates tossed about in market talk.

These candidates tend to be stocks that investors suspect may have been manipulated by syndicates.

A fund manager says he has no sympathy for such stocks and their shareholders. Some of the stocks, that have fallen sharply on Bursa Malaysia, will continue to decline until they drop into an abyss from which they will not come out again, he adds.

There may be some stocks of companies, however, that have good profits, but their share prices declined in this bearish market. This then may be an opportunity to pick up these stocks, he said.

Punters, as always, disagree with fund managers. Some punters are buying speculative stocks where the prices have been bashed down.

A volume of just 240,000 Seal shares changed hands yesterday, but there were 3.3 million shares that were in the queue to sell at 52 sen each but were not done up till close of trading. It appears Seal's share price could continue to come under selling pressure today.

Foremost Holdings' share price also fell limit-down during trading yesterday, falling the maximum 30 sen, but it recovered a little to close at 38.5 sen, down 28.5 sen.

This is the spectacular, some say violent, pattern of limit-down trades that had been faced by other stocks.

Late last month, the share price of Fountain View Development Bhd collapsed limit-down in several sessions from around RM4.80. It closed at 49 sen yesterday, a drop of 90% from its price level last month.

Last month witnessed another breathtaking drop. The share price of Mexter Technology tripled on its listing debut, but by the third day, it was traded limit-down. It closed at 23.5 sen yesterday, below its initial public offering price of 40 sen.

A couple of weeks before that, another Mesdaq stock, KarenSoft, fell from over RM1 to around 30 sen. Remarkably, it managed to make a placement of 6.25 million shares at 28 sen each. It’s been painful for whoever took those shares because the price had dropped to 19 sen yesterday.

March also saw its own series of limit-down trades. These market blows were suffered by Suremax, Sanbumi and Fajar Baru. 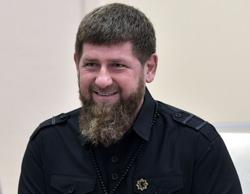