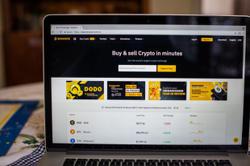 The company, which is listed on the Alternative Investment Market (AIM) of the London Stock Exchange plc (LSE), works with 36 different mobile network operators in 17 countries globally, where it provides entertainment solutions such as real-music ring tones and java games to its subscribers.

“We are looking to be number one before the decade is out,” MonsterMob chief executive officer Martin Higginson told StarBiz.

He added that the company was currently one of the top five mobile content companies globally.

It recorded pre-tax profit of about £3mil for its financial year ended Dec 31, 2004.

“This year, we are looking at a much higher profit. The company has been doubling its profits every year since the inception of the business. We approach our business from an editorial standpoint,” said Higginson, who himself was involved in the magazine publishing business, prior to setting up MonsterMob.

What the company is really aiming for is to build a complete Internet experience on the mobile – complete with updated news as found in magazines and other editorial sources, according to Higginson.

“Imagine never having to go to magazine stores and having all the latest news non-stop via your mobile phone. That is the kind of experience we are trying to create,” he explained.

The company, founded in late 2000, has presence in the Americas and Europe.

Higginson said that in line with the company’s aim of providing a complete Internet experience for its subscribers, the company was currently working on perfecting full-length movie tracks for mobiles.

These will be for the more developed markets like Britain.

Higginson said he hoped that the other markets would follow suit.

Commenting on the company’s recent acquisition activities, Higginson said it made a voluntary take-over offer for the remaining 70% stake (70.09 million shares) in Mesdaq-listed UnrealMind Interactive Bhd to be carried out via a cash offer or share swap. It currently owns 30 million shares in UnrealMind, a local mobile content and service provider.

The whole acquisition process should be completed by June this year, he said, adding that the company was currently awaiting approval from the Securities Commission.

The acquisition, according to Higginson, is part of the company’s goal to establish its presence in the South-East region.

Asked on its choice of UnrealMind, he said the company (UnrealMind) really believed in the MonsterMob story and that it had all the talents and skills to help MonsterMob grow its business in the region.

The acquisition would really help MonsterMob strengthen its position in the region, he added.

On future plans for both companies, Higginson said they were looking forward to developing a global brand or offering, which would allow them to deliver quality global content to the Malaysian market.

He said UnrealMind would be able to add local content to the offering, thus delivering a true quality content offering to the end user.

Higginson said by being part of a larger group, UnrealMind would have access to some of the best content available globally and this would enable it to provide consumers the best possible experience.

MonsterMob had made its maiden foray into the region last month when it acquired Information Gateway, one of the Philippines' leading mobile content and entertainment companies, with over 10 million subscribers and exclusive movie rights.

On its US operations, Higginson said MonsterMob had acquired 9 Squared, a US-based supplier of mobile entertainment services last year. Currently, 9 Squared is one of the top revenue generators for the company, with over one million music downloads per month.

“In Europe, the company operates in Britain, Eire, the Netherlands and the Scandinavian countries where it has over 400,000 subscribers. We expect about half a million subscribers by year-end and are targeting quality customers,” said Higginson.

He said the ways in which the company could position itself to meet the intense competition was by understanding what consumers wanted and striving to gain the trust and loyalty of current and would-be subscribers.

“When we get people to subscribe, we start building trust and the more we build trust, the more we can build love. When I say love, I mean association with the human heart.

“You most certainly won’t buy a cheap product because you are in love with it, you buy it because it is cheap. Likewise, you will buy an expensive product because you really like it. We want our subscribers to have an emotional attachment to our brand of products and services,” he said.

Commenting on the mobile content industry on the whole, Higginson said: “I think it’s a really exciting industry. As market needs become more sophisticated, there is a demand for higher quality services. We are at the forefront of something which is really going to change the way people communicate.”