BRAHIM’S – the leading ready-to-serve packed sauce and food – a household name in Malaysia has now gained the attention of Europeans.

The brand that spiced up the taste buds of Malaysians is now going places.

Brahim’s was selected as the champion among 12 category winners for the award organised by Europe’s leading food magazine, the Caterer and Hotelkeeper.

Brahim’s founder and food technologist Datuk Ibrahim Ahmad Badawi said his quest for excellence has been a top priority in making food products, initially for Malaysia, the Asean region, and now for global markets.

“Our formula for the ready-to-serve food is aimed to suit the lifestyle of today’s consumer market while maintaining the essence of authentic Asian cuisines.”

Before this award, in 2003, Brahim’s won the Best Product Award presented by the Malaysian Institute of Food Technology.

Ibrahim, 57, said he perfected the process system when he started the company, Dewina Holdings Sdn Bhd in 1986.

“Go with the best, and work together to get the best,” has been Ibrahim’s success formula.

“I teamed up with the Japanese, who were the first to commercialise the retort pouch pack where shelf life of the food could be extended without the use of preservatives.

“The aluminium foil pouch was a change from canned food as packing was durable and could have a longer shelf life.

“By taking a lead role with the Japanese in the ready-to-serve packaging industry in the Asian region, we were able to stay ahead of the competition by supplying regional armies and the United Nations Peacekeeping Forces,” reminisced Ibrahim.

During the recession in 1986, Dewina started its operations at a factory in Bangi with about RM5.3mil raised through joint venture partners.

Ibrahim then approached banks for a loan.

“I was shocked when the banks turned down my application, especially when I had already invested millions.

“With my ‘never say die’ attitude, I continued to knock the doors of several other bank managers and they all said the technology of aluminium retort pouch packing was new and therefore they were unwilling to take the risk of extending any loan to my company.

“After pleading with one bank, it offered RM100,000 and tied me down to several conditions.

“But despite all the odds, I was confident of the Japanese packaging technology,” said Ibrahim, an academician turned entrepreneur.

After several trials, the military finally agreed to purchase my product on an open tender basis.

In 1980, he was talent scouted by former Prime Minister Tun Mahathir Mohamed, then chairman of Fima. Ibrahim was asked to head the research and development division, of the Fima Group.

Combining his academic and corporate expertise, he started Brahim's easy to cook and ready to serve meal packing.

Today, Brahim's is a household name around the world, notching about RM45mil in sales last year.

The retail business contributes 60% to group turnover with the remaining 40% from industrial catering.

Running on two-shifts, Ibrahim said the group’s factory in Bangi, is producing about 14 tonnes of packaged food a day.

All Brahim’s products undergo a process of ultra heat treatment under certain pressure to stabilise and enhance the shelf life of the products without the help of preservatives.

Its products include ready-to-eat meals such as chicken rendang, sauces such as Thai green curry and asam pedas, ingredients for rice dishes like nasi beriani and nasi tomato as well as breakfast spreads. More than 55% of the products are exported.

In addition to its retail business, Ibrahim has also teamed with the best in-flight kitchen company with Lufthansa. This joint-venture through its 51% owned subsidiary, Brahim LSG Sky Chefs Holdings Sdn Bhd does in-flight catering for major airlines out of the Kuala Lumpur International Airport. 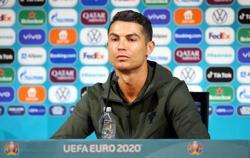