The facility would be the first of its kind in Malaysia.

The investment for the facility, which is expected to start production by end of 2005, would be partly financed through the proceeds from its initial public offering (IPO), its chief executive officer Yeo Kim Luang said yesterday.

“We expect the plant to contribute about US$3mil (RM11.4mil) in turnover from 2005 onwards,” she said after signing a technology acquisition agreement with China's Hangzhou Project and Research Institute of Electro Mechanics in Light Industry to produce pulp from empty fruit bunches (EFB).

Annually, Malaysia disposes about 20 million tonnes of palm oil waste, which Ecofuture should be able to tap into as a lucrative business and provide a shot in the arm to the company’s earnings, she said.

With the acquisition of a new technology, Ecofuture would be able to produce as much as 10,000 tonnes of pulp a year, the bulk of which would be exported to other users abroad or to local paper producers, Yeo said.

“A third of the pulp produced from the plant will be utilised to produce our own environmentally-friendly packaging materials,” she added.

As more and more countries were looking at environmentally-friendly goods, there was an enormous market for the company’s products.

“Many governments have difficulty controlling non-biodegradable wastes. This should put our products in good stead to compete not only locally but globally as well. Apart from China, we are already reaching towards West Asia to countries like Kuwait and Lebanon,” she said.

Yeo said the development of this technology to convert oil palm biomass into pulp and paper was expected to benefit the country in two ways – by solving the perennial environment problem of EFB dumping, and by bolstering the local import-reliant pulp and paper industry.

Decreased reliance on imported pulp and paper products could help to reduce the current import bill of about RM3bil annually.

In the second industrial master plan, it has been targeted that by 2005, the industry is to possess the capacity to produce a total of three million tonnes of pulp and paper products a year, she said.

At the rate of five tonnes of EFB producing a tonne of pulp, and assuming that 50% of EFB is available for pulp production, Malaysia has the potential to produce three million tonnes of pulp per year from EFB alone, and would be able to meet and even exceed the targets set in the second industrial master plan.

Ecofuture will be listed on the Mesdaq market of Bursa Malaysia next month. Ecofuture is offering for sale 43.6 million new shares of 10 sen each at an issue price of 25 per share, raising a total of RM10.9mil. 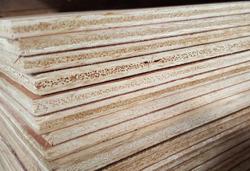