Johor to stop buying water from Singapore in August

Confirming that SAJ Holdings was on track to complete the job, Ranhill Utilities Bhd

RUBhd is a subsidiary of Bursa Malaysia-listed Ranhill Bhd and the holding company of SAJ Holdings.

Under the existing agreement signed in 1962 between Malaysia and Singapore, Johor sells raw water to the city-state at three sen per 1,000 gallons. The water is then processed by Singapore's Public Utilities Board at its facility in Gunung Pulai, Johor, before being piped to the city state.

The Semanggar plant can treat 35 million gallons per day (mgd) under the first phase, but the capacity can be expanded by another 35mgd under the second phase should the need arise.

An analyst said Johor's move towards total self-reliance in treated water would be good for RUBhd as the company sought more business in the southern part of Peninsular Malaysia.

Ranhill president and chief executive Tan Sri Hamdan Mohamad had said RUBhd was looking to sell more water to Malacca from resources in the north of Johor.

RUBhd, he added, was also hopeful of an opportunity to sell treated water to Singapore once the water issue between the two countries had been resolved.

Hamdan said the company would be investing a substantial amount to set up the infrastructure for water resources in Sedili and Endau for that purpose.

“We see the potential to sell up to 100mgd to Singapore and we hope to start doing so in 2011, the year that the water agreement expires,” he added. 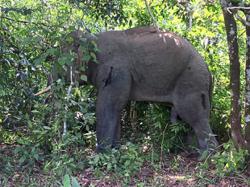 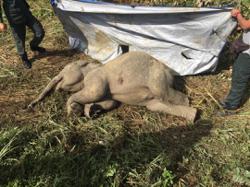