TENGKU Zafrul Tengku Abdul Aziz, 31, has taken over as group managing director of Avenue Capital Bhd after just a year on its board as executive director. He succeeds Gooi Hoe Soon, who will be group non-executive chairman.

The company said in a statement to the MSEB that Zafrul would, among his new responsibilities, “continue to drive the group’s efforts towards strengthening its position as an integrated financial services provider.”

Market sources observed that Zafrul's appointment at a relatively young age to the top position of a financial services group was reminiscent of that of Datuk Nazir Razak, who was appointed to the helm of CIMB Bhd while in his early thirties.

“Zafrul is highly regarded by the senior management,” said one his close associates. “He is humble and nice to work with.” Widely respected by his colleagues, he is also described as being able to get the job done.

With his sharp investment and business sense, Zafrul could be expected to take Avenue Capital to a higher level of activities, some of his colleagues told StarBiz.

Avenue Capital, which comes directly under Khazanah Nasional Bhd, is expected to be an important financial unit of the national asset management company.

Zafrul is treasurer of the Young Professionals Chamber of Malaysia (Promuda), and holds a Master's degree in Finance and Investment from the University of Exeter, Britain.

After starting his career as a corporate finance executive, Zafrul joined a foreign research house as an investment analyst and was subsequently promoted to director.

He later also served as an adviser at Tenaga Nasional Bhd

before joining the investment banking department of a leading merchant bank. He was appointed to the board of Avenue Capital in April last year. Zafrul: Talk to your banks 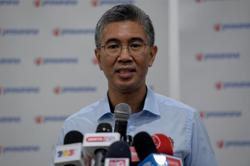 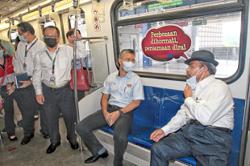