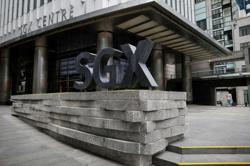 Temasek, accelerating its offshore investment strategy, could pay RM2 to RM2.20 a share for Malaysian Plantations Bhd (MPlant), the parent of Alliance Bank, the sources said.

The price is a premium of up to 22% to Wednesday’s closing share price of MPlant, which is widely seen as linked to former Finance Minister Tun Daim Zainuddin, who joined Temasek in a bid for Indonesia’s sixth largest bank last year.

With 1.16 million shares on issue, MPlant has a market value of about RM2.1bil.

One third of the company would cost Temasek RM767.3mil.

Headed by executive director Ho Ching, wife of Deputy Prime Minister Lee Hsien Loong, the agency has embarked on an aggressive strategy to expand in offshore markets, mostly in Asia.

Daim's ICB group was part of a consortium with Temasek and South Korea’s Kookmin Bank chosen as the preferred bidder for a 51% stake in PT Bank Internasional Indonesia Tbk in late 2003.

Analysts said Alliance Bank had been looking for a buyer for some time.

The bank has an asset base of RM20bil and a network of 79 branches.

The purchase, which would be Temasek’s first in the Malaysian banking system, would be subject to approval by Bank Negara, said the sources.

Temasek spokeswoman Eva Ho said the agency would not comment on market speculation.

“But we have said we are actively looking for opportunities in the region and definitely in Malaysia,” she added. – Reuters 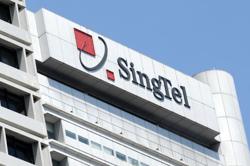