DHL direct from Penang to Bangkok

By DERRICK VINESH In Penang 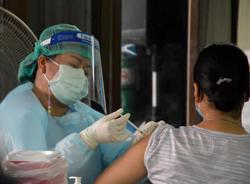 BY DERRICK VINESH in Penang

“The freighter, which is operated by Transmile Air Services, will arrive earlier in Penang at 8.55am and depart later at 8.15pm.

“The time savings from this move would make our customers' production planning and shipping much easier,” he said after a breaking of fast (buka puasa) dinner with the media on Tuesday.

Previously, the aircraft routed through Penang-Kuala Lumpur-Bangkok-Hong Kong left Penang at 6pm and returned the next morning at 10.55am.

Now, another dedicated freighter has been assigned to service its Kuala Lumpur-Singapore-Hong Kong route.

Birley said the increased capacity from having a dedicated Penang aircraft meant that DHL now had guaranteed space for all sizes of shipment.

Fast Forward, he said, facilitated the transportation of shipments weighing 20kg and above, and provided significant savings with a wide range of innovative and flexible solutions designed to assist customers in managing their factory-to-customer logistics chain.

Birley also noted that the company hoped to see revenue from Penang grow by 20% this year, following the re-routing of its AAN.

He added that by offering dedicated aircraft to both Kuala Lumpur and Penang, the new AAN service was designed to enhance DHL's regional air network speed and reliability.

The enhanced Penang-Bangkok-Hong Kong service, he said, was timed to connect with other flights in DHL's hub-and-spoke regional network.

“This permits our Penang customers to ship faster to and from neighbouring countries like Vietnam, Cambodia, Laos, Myanmar, Nepal and Bangladesh,” he said. 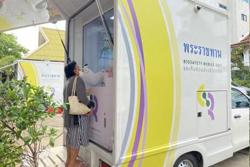