THE sharp surge in investing interest in the local stock market is boosting stockbrokers' earnings from commission income.

Many expect to see stock broking firms' financial numbers for the quarter ended Sept 30, which will be released in the coming results season, to reflect the improved profitability.

And loss-making brokers are expected to stand a high chance of returning to the black as trading volume has exceeded 450 million most of the days since June.

But some stockbrokers may not pop the champagne so soon despite the return of such strong bull, which had not been seen for at least three years.

The reason: Apart from thinner profit margins due to the commission rate cut, stockbrokers had earlier spent a sum on merger exercises to comply with the authorities' call for an industry-wide consolidation.

Some had even paid hefty premiums to undertake these merger exercises in order to be a universal broker (UB).

For those who have no intention of being a UB, they are required to have at least a one-to-one merger.

Hence, certain stockbrokers needed a bigger jump in revenue so that the bottomline figures could cover the large investment costs that had been forked out for merger exercises, said industry observers.

A UB is required to merge with at least three others. It must have a paid-up capital and core capital of at least RM250mil as well as maintain a capital adequacy ratio of at least 1.5 times.

In return, a UB would be allowed to conduct investment-banking activities (which other stockbroking firms cannot do) to diversify their earnings base and to reduce their dependence on stockbrokerage.

had paid RM622.5mil and K&N Kenanga RM510mil for their UB status. Kuala Lumpur City and Hwang DBS had spent more than RM200mil for that purpose.

Like it or not, stockbrokerage remains a significant contributor to UBs, although they have stepped up efforts to expand other divisions such as asset management, unit trust and even venture capital to widen their income source.

K&N Kenanga Holdings Bhd, in announcing its second quarter earnings, said: “The profitability of the group for the year 2003 will depend heavily on the volumes transacted and market sentiment in the KLSE.”

K&N Kenanga is not the only UB that made such a statement when commenting on earnings prospects in the filing to the stock exchange.

Industry observers said it was rather tough for the UBs to get a sizeable slice of the investment banking market, which has been dominated by merchant bankers that also own stockbroking arms.

Nonetheless, some UBs believe there was a niche market for them to tap onto.

“We may not have the financial muscle for mega CF (corporate finance) deals. But we could serve companies that are not willing to pay a premium price on advisory jobs that can be done by merchant banks or UBs,” said an official from a UB.

There are new players eyeing this portion of the pie, too.

Banking groups may intend to beef up their merchant banking activities by acquiring another stockbroker to pave the way for an investment bank status. 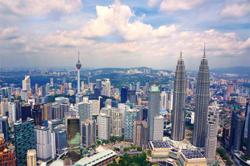 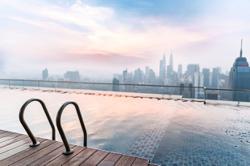